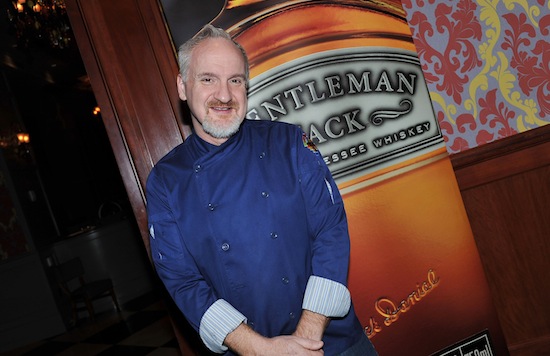 Reason no. 4893033 why chef Art Smith might just be the world’s best human being: after Tweeting a simple statement that “food is love” against the homophobic statements by Barilla pasta chairman Guido Barilla, the chef continued to pour all sorts of love and positive energy into the Twitterverse — and book a full “Take Hate Off the Plate” brunch with his friend, chef Lorena Garcia, at his home set for Saturday. Cue the aww’s, please.

First, Smith’s Twitter response to Barilla was simple and perfect.

My business is about feeding people.Food is love its not to be used as a platform for hate.#boycottbarilla Take The Hate Off The Plate!

He continued to urge fans to #BoycottBarilla, and RT’ed lots of Barilla hatin’ Tweets too. And then, he sent out a simple invitation via Twitter to the “Take Hate off the Plate” brunch.

Once the Chicago Tribune got a hold of his invite and wrote a story on it, Smith booked more than 100 people for brunch in an hour, he said on Twitter.

@philvettel Oh my Phil 100 people already for brunch in an hour.Your the man.Thank you for #takethehateofftheplate will let a few more in.

And then his brunch completely sold out.

@nbcchicago @Barilla Wow, we have reached our capacity 100 plus people for "TakeTheHateOffThePlate". SOLDOUT in 1 hour. Thank you NBC.

And then he was sad that he couldn’t fit the whole world in at his brunch.

So touched and happy with the response but sad that we have sold-out.I wish we could accommodate everyone.Please forgive me. @nbcchicago

Which really, to us, is the most touching response of all. Oh, and did we mention that Smith and Garcia were putting on this brunch for free? Said Smith to the Chicago Tribune, “The reality is, if we do not say something…we as chefs have to stand up … We have a responsibility not only to our diners, but also to be that beacon of light.” We think the warm fuzzies will stay with us for the rest of the weekend.