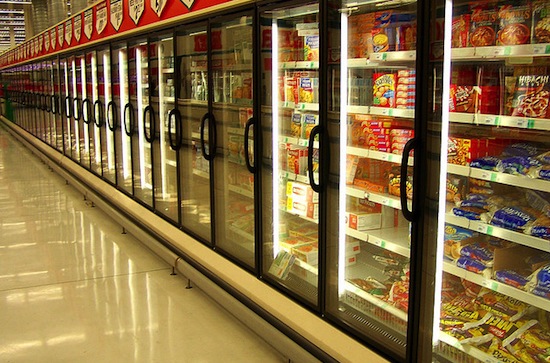 Need a new reason to head to the farmer’s market instead of the frozen food aisle? Uh yeah, just take a quick read through this interview with a former professional food taster and you’ll be chucking your frozen French fries and mac n’ cheese faster than your microwave can nuke them. (And this is especially disheartening considering how much we love our frozen mac n’ cheese. Quit judging us.)

An interview in The Billfold with Matthew, a freelancer-turned-taster, sheds light on what it’s actually like to eat shit tons of frozen foods for three days a week. The gist of it: you have to be trained to objectively rate the tastes of food and then spit that shit out.

About 50 to 75 percent of the time we’d be eating. And for each attribute you would have to give a number, and there were anywhere from 50-100 attributes on each ballot. So you’d be taking large bites, swishing them around in your mouth trying to cover all the attributes, and then spit them out…

… There’d be slight variations in spices, in cooking time, in the kind of potato. We’d test them at different intervals to see how the taste changed once they were taken out of the fryer, or how micro-waving them would affect their texture. One aromatic that was fun to pick out was “cardboard”—an actual aromatic on the ballot—and to compare we had cups of water with brown paper towels in them.

If there was an emoji to describe what our face looks like reading that, it would be a us scratching our tongues like a cat trying to remove all of those tastes from our memory.

Oh, and then there’s this:

They asked us to stay for two years, but there weren’t any incentives in place to make us stay. A lot of panelists were having dental health problems, and health problems, and I thought it would be best to quit. It was hard to stay at a job that was actively hurting me.

Uh yes, eating shit would cause all of those problems. And the grand total of dollars earned from the job: $4,200 over eight months. So uh, where’s that kale again?