Daniel Boulud’s Forager Is Totally Over This Whole Ramps Thing 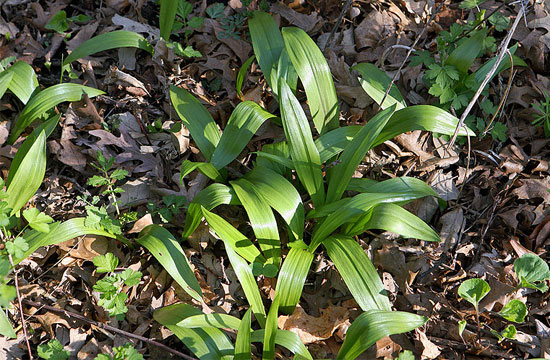 Tama Matsuoka Wong became the official forager for Daniel Boulud during a dinner one night, when she brought in “a bunch of twigs” she found in her backyard. Now, according to an interview with Francis Lam at Bon Appetit Magazine, she’s responsible for bringing in all of their foraged goods — a talent in which this former banker has years of experience. “I was brought up like, ‘Dirt is good!'” she explained. “My Chinese mother had a vegetable garden so we were eating stuff that came from the dirt, sometimes without even washing it.”

However, now that people are moving in on her territory, gettin’ in on her turf (as it were), Wong can’t help but roll her eyes at the people who are obsessed with one foraged plant versus another. By that, we mean she’s annoyed with people who harvest and consume ramps like so many of nature’s Tostitos:

I really want to encourage people to be outside! But I’m nervous about people who don’t really know the plants. I’m not going to be, “No! Don’t pick a single ramp!” But when people are going crazy, pulling hundreds of pounds, pulling the bulb out, it doesn’t replenish. And we’re seeing that.

So the trendy thing is a problem in sustainability–it’s too much focus on one species. But there are things I’m trying to encourage trendiness in, like garlic mustard! It’s a huge invasive plant. The shoots that come off it are fresh, tender, slightly garlicky–they are amazing. You don’t have to be chasing some cool thing and destroying it. There are all these plants that are great to pick AND delicious.

You hear that, world? You’re destroying what you love. Stop with the ramp obsession. The backwoods of the Appalachian Mountains are not your own personal Whole Foods! You’re this close to becoming a Captain Planet villain.