It’s A Good Thing Danny Bowien Didn’t Chase His Childhood Dream To Be An Eye Doctor; The Chef Helped Raise $75K For Oklahoma 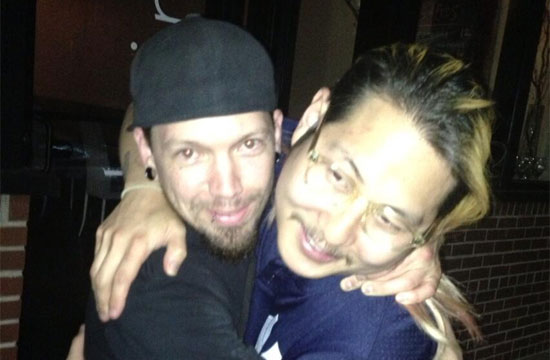 Why is it that whenever we imagine Danny Bowien as a kid, he still has crazy, technicolor hair? In any case, the Rising Star chef recently reminisced about growing up as an adopted kid in Oklahoma City, where he returned last weekend to help cook at the OK Chefs tornado benefit.

Bowien adorably revealed to The Oklahoman that he didn’t always want to be a cook — or a rebellious, fabulous-haired punk. In fact, he wanted to be an eye doctor. “I worked at Massengill Eye Clinic for, like, four years before I learned what rock ‘n’ roll was and joined a band and moved to San Francisco,” he told the paper.

In terms of net benefit to Oklahoma, though, it’s a good thing Danny Bowien fell into rock star chef life instead of becoming an ophthalmologist, because the culinary fundraiser for the victims of the devastating tornadoes raised about $75,000 from approximately 1,500 guests. (Let’s see one ophthalmologist pull that off.)

His peers (apparently including Top Chef’s Josh Valentine) acknowledged the Mission Chinese chef’s presence as crucial to their cause, with The Oklahoman speculating that without Bowien’s superstar draw and thrice-cooked bacon, they would have raised half of that amount.

But of course, Nice Guy Bowien’s first thought was his hometown. “Seriously, man, anything I could do,” Bowien said, even hawking t-shirts on Late Night with Jimmy Fallon that week. “When some of the chefs got a hold of me, I was like, ‘I would drop anything to go back to Oklahoma.'”