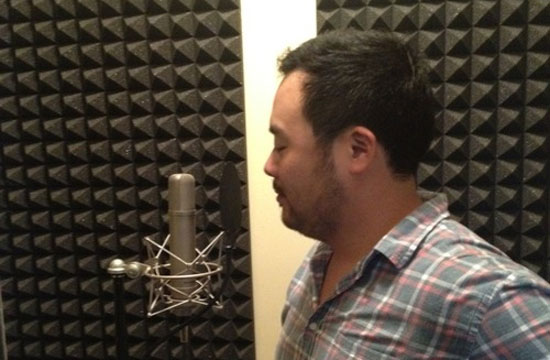 While Gourmet Traveller recently named David Chang’s Momofuku Seiobo as the best new restaurant in Australia, Chang wrote an article for them describing how he creates the playlists for his restaurants, a.k.a. “MOMOFUKU BEST SUMMER MIX 2012 4EVAZ!!!!”

While Chang admits that at Momofuku, “we’ll play just about anything,” there are a few prominent exclusions. No classical music or jazz (he worries that Kind Of Blue is so overplayed that it endangers the enjoyment of jazz, “kind of like the overfishing of bluefin tuna”). No Enya or Coldplay (which are “only really appropriate as soundtracks for the most marginal of Max Brenner branches.”) And absolutely NO MORRISEY.

But to get the Momofuku vibe, Chang has only one rule: “I play the music I want to hear if I’m eating in a restaurant, not what I think the customer wants to hear.” That makes about 4000 songs overall, with 150 going on an evening’s playlist at any given time. Gourmet Traveller has one of Chang’s playlists on their site. If you’re a truly creepy fan, you can burn the playlist onto a CD and scribble “MOMOFUKU BEST SUMMER MIX 2012 4EVAZ!!!!” on it in Sharpie, imagining that Chang gave it to you one summer:

“Hey girl, it’s David Chang. We had a wild summer together, didn’t we? We opened all those restaurants, published those magazines, and fooled everyone about a Houston restaurant! Man, I’ll never forget this summer. Uh, here, I wanted you to have this — y’know, for every time you eat fried chicken. No, silly, The Roots aren’t on this playlist! Listen. LISTEN. Don’t cry. You’re flawless. I’ll never forget you.”