David Chang Talks Failures: ‘If You Look at 10 Years of Momofuku … Almost Everything Came Out of a Mistake’ 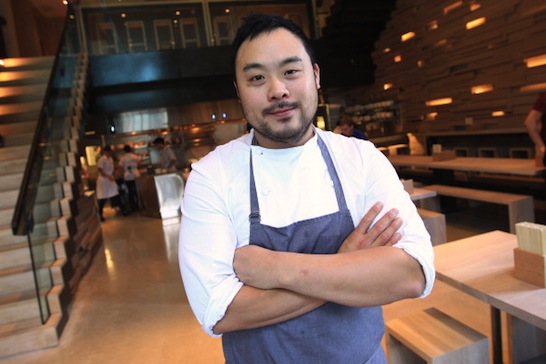 Going back to where it all started, David Chang shared with Forbes (while giving a private tour of his test kitchen) of the trials and errors he faced while creating a mini-empire — and they’re juicy.

Chang is definitely the guy who humblebrags about his own mistakes and failures, especially while making Noodle Bar, Ssäm Bar, and Momofuku a success. That includes botched turduckens, rice noodles, rice balls, and even a mishap with a pressure cooker. But also, there were failures with the business of running a restaurant:

But Chang had a bigger problem when he launched Noodle Bar, in 2004. “He couldn’t boil noodles,” says Peter Meehan, a former New York Times food critic (his review would eventually kick-start Chang’s career) and an editor of Momofuku’s Lucky Peach. Adds Chang: “We were a terrible restaurant.” There were no waiters, bussers or dishwashers–or glasses. “We thought we could get everyone to buy bottles of Poland Spring.” Noodle Bar was a total failure–and, as it would turn out, the best thing that could have happened to him. “I really believe that if I just had a little bit more experience and a little bit more wisdom, Momofuku would never have happened,” he says. “I viewed it as a death sentence. Like when people learn they have a year left to live–they finally start living.”

In short, it’s kind of a mind-boggling read of all the blood, sweat and tears that went into Chang’s work. And he knows it, too:

Not that any of this success was intentional–or expected: “If you look at ten years of Momofuku, almost everything has come out of a mistake–a terrible f*cking mistake,” Chang says as we lean over bowls of lychees covered with flakes of foie gras in the 12-seat Ko, which has two stars from Michelin and three from the New York Times. The Noodle Bar got popular only after Chang failed at making noodles and started adding other dishes to the menu. His Ssäm Bar didn’t take off until imminent bankruptcy forced him to keep the kitchen open late and serve bold food to off-duty chefs. Lucky Peach was born as an iPad app–but transferred to print after the developers shipped a flawed product. Even Ko–Momofuku’s crown jewel, which occupies the original Noodle Bar location–was the product of bad luck. Chang couldn’t get enough hot water to keep up with Noodle Bar traffic, so he transformed the space into a tiny, high-end place to make up for the lower volume. “You know when you catch up with old friends and say, Did you hear what that guy is doing now?’ I’m that guy.”

We can all only hope to be that guy some day.