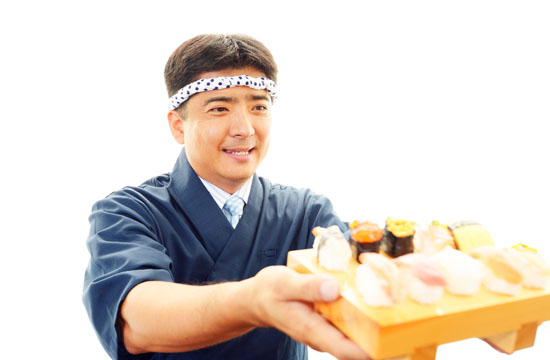 In “horrifying employee abuse stories,” this one has to take the labor rights cake: former workers at Urasawa, a sushi restaurant in Los Angeles consistently ranked one of the city’s best, are suing chef Hiroyuki Urasawa for generally being a terrible boss. While his employees were allowed to handle 24-karat gold flakes to put on sushi, they weren’t allowed to use the bathroom during business hours and had to occasionally relieve themselves in the janitor’s sink. (Didn’t Anthony Bourdain have something to say about that practice?)

As an employee revealed to the New York Times, Urasawa’s Bad Boss behavior included firing someone for exhibiting flulike symptoms and asking to go home (a violation of state sanitation laws), making his employees buy their own Japanese knife sets for $700, not paying overtime wages, and calling all employees “stupid” in Japanese (at least he’s an equal-opportunity harasser?).

A 2009 study by the Labor Center at the University of California, Los Angeles, found that there was an average of $26 million worth of wage violations each week in Los Angeles.

“There are countless examples in which workers are taking home less than they’ve earned,” said Julie Su, the state labor commissioner, who has made cracking down on wage violations a focus of her office. In the case of Urasawa and dozens of other restaurants, investigators wait outside watching workers come and go, comparing what they see to the time records kept on employers’ books. “It’s a perversion of the concept of minimum wage — it goes from being some kind of floor to instead being some kind of ceiling,” Ms. Su said.

Though the state has fined Urasawa $55,000 for failing to pay overtime, the chef is appealing the ruling.