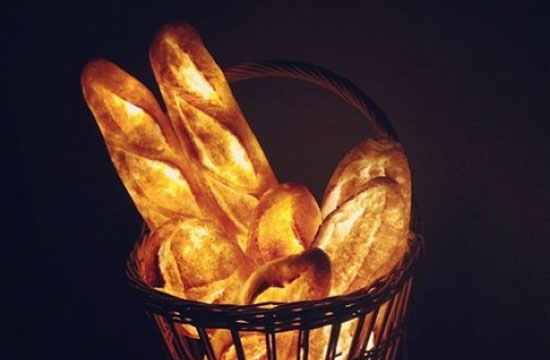 Before the health nuts go crazy: yes, celiac disease is a real disease; yes, it can actually cause people to be hospitalized and almost die from gluten. But a recent study from Monash University in Australia found that people who insist they’re insensitive to gluten aren’t actually reacting to gluten. Instead, they’re really influenced by a psychological bias, also known as “NOT GLUTEN.”

RealClearScience reports that Peter Gibson, the professor whose study on gluten led to the “meteoric” rise of the gluten-free food industry, decided to re-test his results with an even more rigorous study. This time, he enlisted 37 non-celiacs, “all with self-reported gluten sensitivity,” and subjected them to two different diets: the first, a diet with a low count of FODMAPS (“certain preservatives like benzoates, propionate, sulfites, and nitrites, and fermentable, poorly absorbed short-chain carbohydrates,”). The second diet contained varying amounts of gluten proteins (and one placebo).

Surprisingly, everyone reported that they had the same gastrointestinal symptoms, even the ones on placebo. The study’s conductors concluded that this was probably a psychological issue, rather than an issue caused by actual gluten. However, they did note that artificial preservatives did have some effects on people’s tummies:

As RCS reported last week, FODMAPS are a far more likely cause of the gastrointestinal problems attributed to gluten intolerance. Jessica Biesiekierski, a gastroenterologist at Monash University and lead author of the study alongside Gibson, noted that when participants consumed the baseline low-FODMAP diet, almost all reported that their symptoms improved!

“Reduction of FODMAPs in their diets uniformly reduced gastrointestinal symptoms and fatigue in the run-in period, after which they were minimally symptomatic.”

Coincidentally, some of the largest dietary sources of FODMAPs — specifically bread products — are removed when adopting a gluten-free diet, which could explain why the millions of people worldwide who swear by gluten-free diets feel better after going gluten-free.

While we can use this opportunity to laugh at all the people who claim they have gluten sensitivities, we do have to thank them for giving celiacs a new lease on life, what with all the foods they can now eat and all.