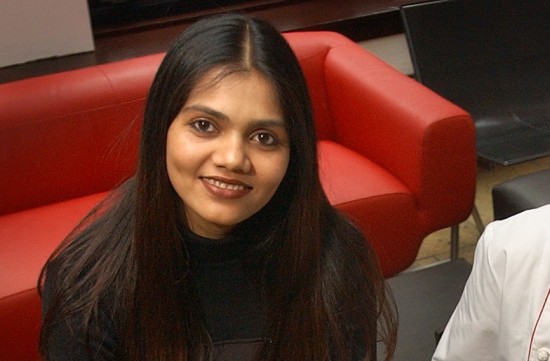 Though former World Bank economist Rohini Dey found huge success as the owner of Vermilion, a lauded, upscale Indian-Latino restaurant with locations in Chicago and New York, one question bothered her as she rose in the industry: why is it that more women aren’t becoming leaders in the restaurant world? “You see a plethora of women as line cooks or on cold stations like garde-manger, or pastry, but never out front,” she observed in an interview with us. They’re always in the back. and there are success stories, no doubt, but if you look at the numbers, it doesn’t pan out pretty well.”

Methodical and meticulous (she does have a Ph.D., after all), Dey teamed up with the James Beard Foundation to address this question — and, true to her background as a former McKinsey consultant, she established three approaches in the Women in Culinary Leadership Initiative. First, they established a scholarship for women who want to enter the industry; second, they created a “Chefs for Women” program, with award-winning chefs donating the profits from their dishes to renew the scholarship every year. The third prong, however, is a Leadership Panel, celebrating women who’ve achieved success in the industry.

Tomorrow, she joins Martha Stewart and Lidia Bastianich in a discussion about how women can lead in an industry that’s predominantly male. A few weeks ago, we sat down with her to get her thoughts about this daunting challenge.

Rohini Dey: From my personal experience, across McKinsey, The World Bank, and now in the culinary world for almost the past decade, I find that women are passionate about their field, but they’re very reticent about leadership. Why it is, I don’t know. Even when I opened Vermilion in Chicago, I was interviewing chefs, and the chef that I finally chose to go with [Maneet Chauhan] – I met her, I did a tasting with her – she gave me a list of her male colleagues that she suggested should be executive chef. And I literally asked her, “Why aren’t you nominating yourself? Take this job for yourself!” So why is it that women don’t want to lead? I don’t know.

One, being a restauraetuer is a whole different ball game from being an entrepreneur. It’s substantively harder. It’s “24 by 7” in the food and service industry. You’re dealing with very eccentric characters, both in the front of the house and in the kitchen. It’s not the corporate colleagues that you work with. It’s different. It’s arduous. Liabilities are huge. Fixed costs are huge. You can start many other businesses with much lower capital. Do women have the business background, the desire, to take on the ongoing drama and try to overcome the obstacles? I believe they do. I believe you’ve got to foster many, many more opportunities. But it is rare. Of the restaurateurs you do find, most [women] tend to be in family businesses, or husband-wife teams.

Given that you’ve been prominent in both of these worlds, do you find it more difficult to promote women in the culinary industry versus a finance-driven field such as McKinsey?

I think so. Infinitely so. I think the hours and the rigor and the physical labor and commitment – the endeavor is much more demanding. For chefs, it’s 40 to 60 hours on your feet. It’s hot. It’s not a glamorous kitchen. It couldn’t be further removed from the world of cooking as the public knows it. This is not the TV shows, where your chefs have starched whites; you’re smiling, surrounded by immaculate equipment and premium ingredients – it’s more akin to a war zone in a kitchen, especially in a busy time. And then you’re surrounded, much unlike any other industry, by a 95% male-to-female ratio. And it’s a very physically demanding situation. You’ve got to be very quick on your feet, in trying circumstances. And in that, double that for restaurateurs. Because the risks are enormous: both financially, of falling, and in the day to day, delivering to very demanding customers, managing investors, PR, all of that. Keeping your team alive and going, making sure failure is not an option. One lethal review can be a huge setback. One customer complaint can be a huge health hazard. It’s almost like managing a minefield in some ways….do I question myself? Every single day.

But you’re still in the industry, so something must be working!

I’ve come to the conclusion that there are two personalities in the food industry with very divergent management styles. On the one hand, you’ve got Joe Bastianich, who’s a notorious hardass. On the other hand, you’ve got Danny Meyer, whose style is supremely nice and supremely meticulous. If we were to use them to represent polar extremes in the hospitality industry, where would you fall in that spectrum?

This is a really good question, and yet another one where women are stereotyped tremendously. I think women are always supposed to be nurturing, warm, maternal, teamwork oriented, really good listeners. These are called soft skills. But I have a Wall Street Journal piece up on the bulletin board at my office, which to me, is a redemption of my own management style. It says that soft skills are nice to have, but it’s the hard skills that make us successful CEOs.

Hard skills are being analytical It’s data-driven. It’s getting things done. Results oriented. Caring about details and execution. And being very decisive, so everything is not a democracy. Do you have to be hardass and nasty about it? No. But my management style definitely falls into the “hardass” camp. When I’m running two restaurants across two cities, being a mom of two kids, I generally don’t have the bandwidth to be maternal. I’m not even sure if I have the desire. It is work, right? But it’s quite amazing. If  you move away from that softer model, women are just very different from men. So you’ll be very quick to belabor something derogatory, and in fact, I wish I could quote a very famous, successful female chef I spoke to about [my recent] Chicago Sun-Times article. She said “If you’re a tough man, you’re a  —-. If you’re a tough woman, you’re instantly a —-.”

Wait, could you repeat that?

These are four-letter words!  I’m not about to go on record about what she said! [laughs] So I’m definitely not Joe Bastianich, but I’m definitely in the harder skills when it comes to management philosophy.

NEXT: Why Indian food should be more like Chinese food…