Sang Yoon Responds To Woman Who Didn't Get Cake 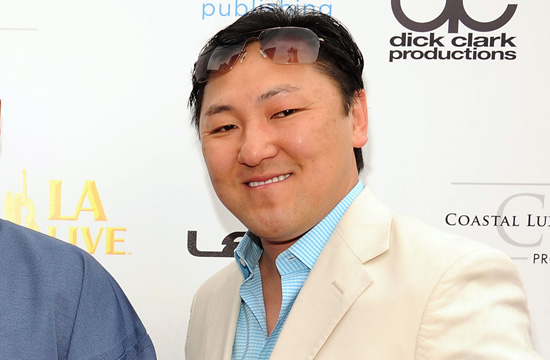 In the genteel world of Yelp! reviews, one lady, aptly known by her internet nom de plume “Sarah Beth ‘foodfucker’ S.”, was unpleased by the complimentary trifle set before her at the new Los Angeles restaurant Lukshon, run by Sang Yoon of Father’s Office. When she requested a free, bite-sized carrot cake, much like the cake she received last time, the fool server declined — only to serve free carrot cake to the table next to her!

Beth quickly fired off a missive to Yoon, informing him that she was “very sad that these servers are so unkind.” And yet, when Yoon sent her a response, Sarah Beth decided to let the world know how rude Yoon had acted: by demoting his Yelp review to one star, and by posting the entirety of his letter for the world to see.

We do not offer a dessert menu or choice of dessert. Our desserts also change every single week. Each night we have 3 different desserts. When it’s time to serve dessert, the kitchen is signaled and a random selection is made by the kitchen. It’s sort of like a roulette wheel. Sometimes, the number you want comes up, sometimes, it doesn’t. If there are two diners at a table, they will receive 2 of the 3 available desserts. On your first visit you got a different dessert than your second visit. If you ever return, you would get totally different desserts again. That’s the easy part to explain and I hope you understand how it works…

I hope you can remember that these complimentary desserts are just a small gesture of good will.  We take an immense amount of pride in this day and age we give away not only the cleanest flat and sparkling water but also a beautiful house-made dessert all on top of terrific food in a beautiful setting at beyond fair prices.  I think this is a simple case of misperception of what exactly a complimentary dessert really is.

As a former food server I would hope that you would be able to better distinguish between a restaurant policy and actual bad service.  But instead you chose to punish your servers for our policy because you thought they were denying you cake.

Is that fair of you?

For the rest, we will gladly point you to the Yelp review where the email is posted in its entirety, as well as to Grub Street’s curious head-scratching over the entire brouhaha.