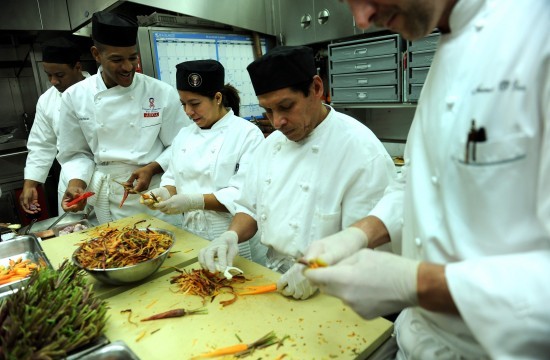 If you’ve eaten at a restaurant in San Francisco recently and saw a health insurance surcharge on your receipt, you may have shrugged and paid it anyways, thinking that hey, at least the money’s going towards providing health insurance to the employees. (Or you could have grumbled something about taxes, who knows.) Unfortunately, according to a recent civil jury report, most of that money went straight into the pockets of restauranteurs.

A few years ago, San Francisco passed an ordinance requiring every business with more than 20 employees to assist their workers with the financial costs of their health insurance. Aw, that’s nice. Except for the part where some businesses took advantage of the law to stop paying for their workers’ health insurance altogether, giving them cheaper health reimbursement accounts instead. This screws their workers over, according to the San Francisco Public Press, since the cost of health care is often way, way more expensive than the contents of a flex account.

The restaurants caught trying to fleece the system took it a step further, though: while they added a health care surcharge onto diners’ bills to ostensibly cover their workers’ health care, less than 10% of that money actually made it into those accounts. In fact, 16 of the restaurants closely examined by the report actually profited off those surcharges alone, in some cases recouping 46% of that money.

“This blatant capture of funds is at the expense of their employees, and their customers who believe they are paying surcharges for healthcare,” stated the report, which went on to recommend that these accounts be eliminated: it’s just too darn easy for people to game the system.