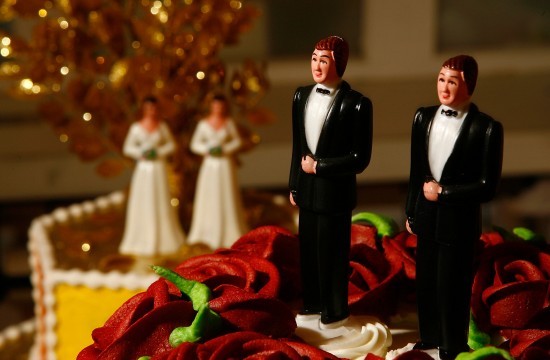 In part whatever of the nation’s ongoing Gay Cake Liberty Crisis, SB 1062, the Arizona bill that would allow religious business owners to refuse service to certain types of people (cough cough homosexual life partners looking for wedding cake cough cough) was recently vetoed by Governor Jan Brewer after weeks of public pressure. Great for minorities of all stripes! Not so great for Tea Partiers, who, according to the Daily Beast, have suddenly felt the lash of the gay agenda’s kinky whip across their backs.

“The left and the homosexual lobby in America went into overdrive to kill this bill,” Judson Phillips, president of Tea Party Nation, wrote on his blog. “Conservatives rallied for this bill and Governor Brewer opted for cowardice instead of courage.”

And what sort of dystopia have we entered for the sake of “tolerance” and “inclusiveness” and “anti-discrimination”? Phillips’ Orwellian vision will SHOCK you:

Okay, maybe it’s more akin to the sexual hedonism displayed in Aldous Huxley’s Brave New World, but still: the lash of that gay cake agenda whip is so authoritarian, so anti-liberty…and so kinky.