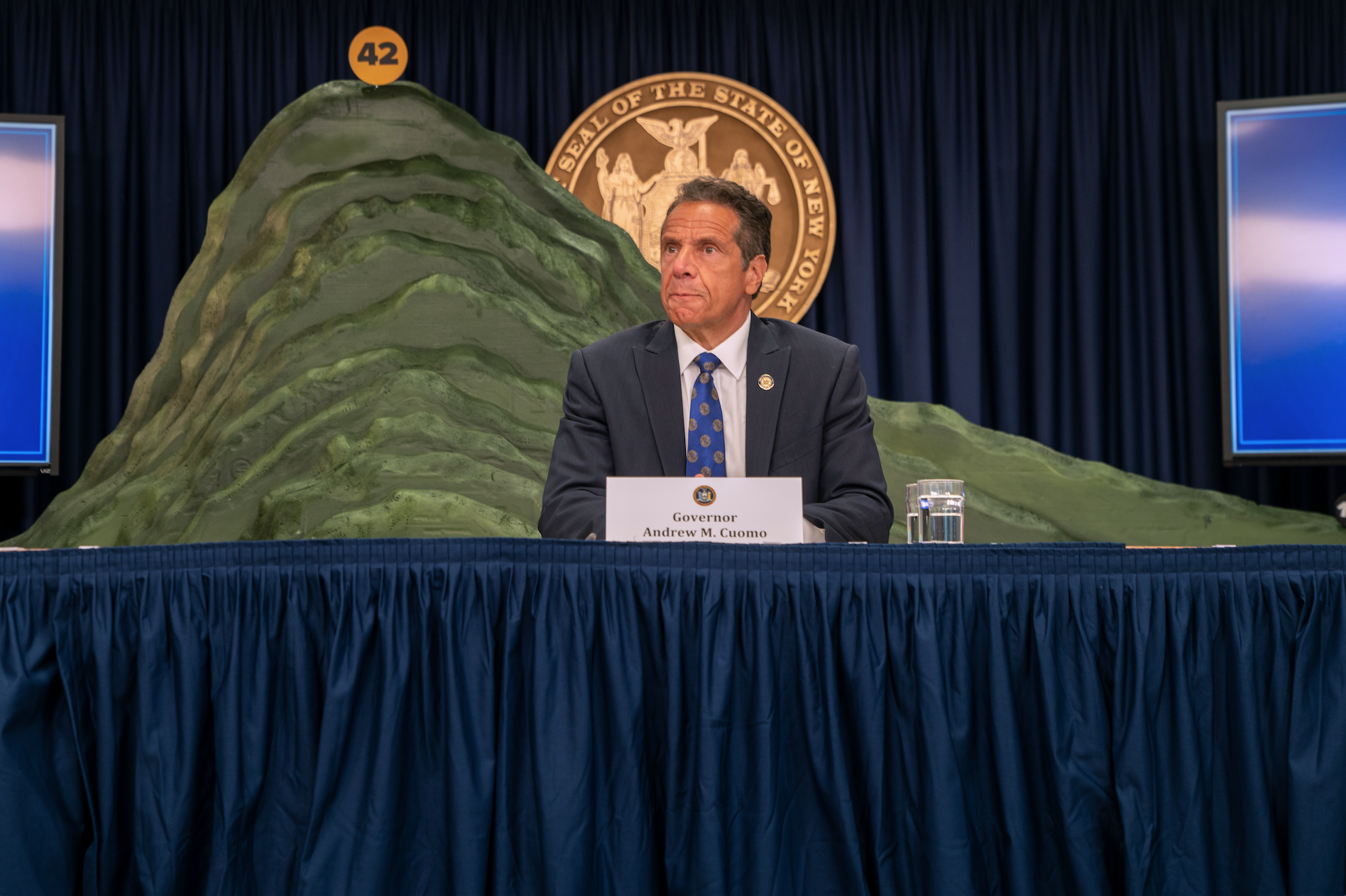 Gov. Andrew Cuomo’s (D) job approval rating has hit an all-time high, according to a new survey, despite his state leading the nation in total confirmed deaths from the coronavirus.

Sixty percent of registered New York voters approve of his performance, according to the survey conducted by Marist and NBC 4 New York, up from 38 percent in March 2019. The figure includes 29 percent who view his performance as “excellent”and 31 percent who view it as “good.” The numbers exceed his previous high, 59 percent, set in October 2012, just two years after his election.

“A partisan divide exists, but even more than one in four Republicans (28 percent) approve of the job Cuomo is doing,” Marist noted, while 70 percent disapprove.

The numbers are notable considering the toll the coronavirus pandemic has taken on New York. While the state has slowed the spread of infection — reporting 584 new cases on July 8, compared to a record 11,571 on April 15 — it still leads the nation in overall infections (about 400,000) and in deaths related to the virus. Approximately 7.6 percent of New Yorkers who tested positive for the virus have died as a result of it — more than in any other state except New Jersey, where the mortality rate stands at about 8.7 percent.

Those deaths stemmed, in part, from the virus ravaging New York’s elderly after the state Health Department issued a March 25 directive that dispatched recovering coronavirus patients to state nursing homes. Officials said this week more than 6,300 recovering patients were sent to those nursing homes before the directive was scrapped in April.

More than 6,400 deaths have taken place in those nursing homes since the pandemic began. Health Commissioner Dr. Howard Zucker insisted this week that his department’s directive was unrelated, saying at a press conference, “Admission policies were not a significant factor in nursing home fatalities … The March 25 guidance was not the driving force in nursing home deaths.”

The death toll also stands in contrast to Cuomo’s assertions early in the crisis, when he told reporters there was “nothing unique about New York” when it came to the virus.

“Anyone who says this situation is a New York City-only situation is in a state of denial,” he said at a press briefing in March. “There is no American who is immune to this virus. What you see us going through here, you will see happening all across this country.”

As it applies to deaths, that prediction has not borne out. The average death rate nationally — inflated by the numbers in New York and New Jersey — ticked down to 4.3 percent as of July, according to data from John Hopkins University. In Florida — the center of media attention this month after a surge in new infections — that rate is closer to 1.7 percent, less than a quarter of Cuomo’s state.