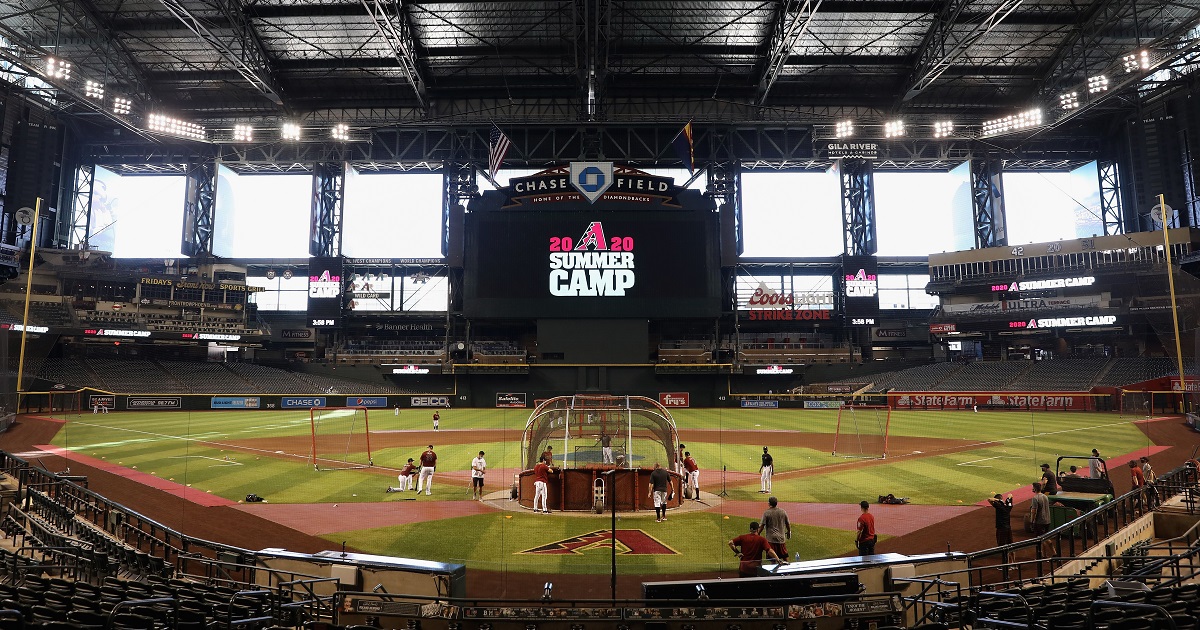 As Major League Baseball resumes training for an abbreviated 2020 season, 31 players and  staffers have tested positive for the coronavirus.

The league recently announced the resumption of training in advance of a pandemic-shortened 60 game season, and The Associated Press reports that as players and staff reported for training camp, dozens came up positive for the virus:

Thirty-one Major League Baseball players and seven staff members tested positive for COVID-19 during intake for the resumption of training, a rate of 1.2%.

MLB and the players’ association announced the results Friday as teams resumed workouts for the first time since the coronavirus interrupted spring training on March 12, two weeks before the season was to start. Opening day has been reset for July 23, the latest in baseball history, and the regular season has been reduced to 60 games in the shortest schedule since 1878.

The positive tests occurred among 19 of the 30 teams, according to results of the samples sent to the Sports Medicine Research and Testing Laboratory in South Jordan, Utah. There were 3,185 samples collected and tested through the first week of intake testing.

The tests did not identify individual players who tested positive, but the Cleveland team did announce that outfielder Delino DeShields Jr. has tested positive.