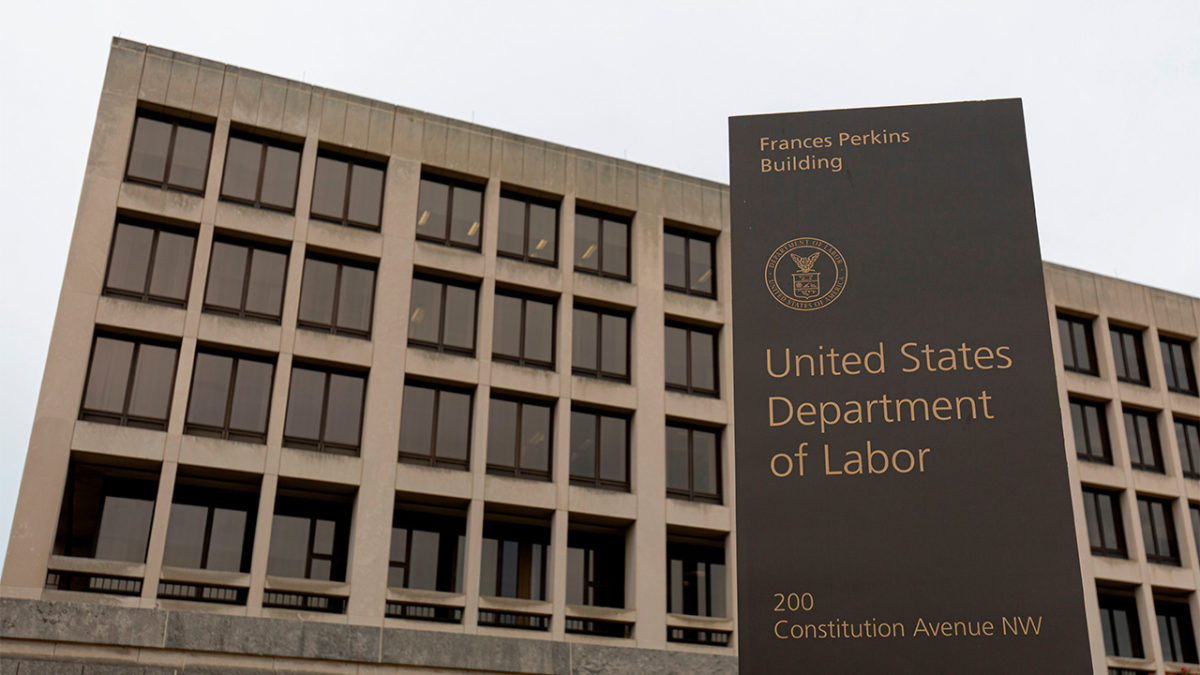 Bloomberg Law is receiving tons of criticism today for a report on a sarcastic Facebook post from a Trump Labor Department official that was framed as anti-Semitic.

Leif Olson resigned today, Bloomberg Law reports, “in response to an inquiry that included an image of Olson’s Facebook post.”

The post came on the heels of Paul Ryan easily defeating Paul Nehlen in his 2016 primary race. Olson’s post was, if you take it at face value, railing against Ryan and the elites and all the rest of it, but he was pretty clearly joining in mocking the reaction to Nehlen’s loss from places like Breitbart, given the remark that Ryan “just suffered a massive, historic, emasculating 70-point victory.” (Not subtle.)

A recently appointed Trump Labor Department official with a history of advancing controversial conservative and faith-based causes in court has resigned after revelations that he wrote a 2016 Facebook post suggesting the Jewish-controlled media “protects their own.”

The report includes a quote from Olson saying, “It was sarcastic criticism of the alt-right’s conspiracy theories and anti-Semitic positions.”

Given the sarcastic intent of Olson’s post, Bloomberg Law is getting a lot criticism today — including from Commentary’s John Podhoretz — over the report (and if you’re wondering, it’s not just conservatives bothered by this):

Tell me, what honest report calls this sarcastic criticism of anti-Semites anti-Semitic? Leif is a friend, and I’d trust him with my Jewish life. I’m appalled at Bloomberg’s hit piece disrupting his life for no reason. pic.twitter.com/Gc6aookkDZ

I know little about Leif Olson and probably strongly disagree with his policy goals, but it seems highly dubious to report his sarcasm as actual antisemitism—again, the context makes it overwhelmingly clear that he was ridiculing antisemites.

Trump Labor official Leif Olson has resigned due to a putatively anti-Semitic Facebook post. But if you read the post, it appears to be mocking anti-Semitic conspiracy theories: https://t.co/C9UPvhKbzz

Wtf? This really is shameful. https://t.co/DidZoK9irS

1. His posts were obviously mocking the alt-right. Obviously.

2. I also wonder if the DOL is to blame here also. Did it demand his resignation? Why resign over a non-offense? If it demanded his resignation, then shame on it also. https://t.co/A1X6wHTCgU

The Bloomberg piece was irresponsible and ridiculous. I would also note, the administration failed to back up their guy here — much like when the Obama Admin initially let Breitbart take out Shirley Sherrod with a story similarly stripped of context. https://t.co/xUYfRKz4UO

This may be the most shameful, egregious, media failure of the year. As @tedfrank notes, Leif Olson just moved his family from Texas to serve his country. Now, he was destroyed bc Bloomberg spun a post mocking Jew haters as anti-Semitic https://t.co/p18IHavKf1

Calling them anti-semitic facebook posts in the headline is bad enough, but the bigger disaster is ZERO MENTION of the candidate Paul Ryan was running against, who was an extreme alt-right figure. How can you possibly present this without that context? https://t.co/m6XH9sqdcs

This article is a joke. The comments in question are so obviously sarcastic it would take willful blindness to miss it. Fortunately, Bloomberg has plenty of that to go around, apparently. https://t.co/CX1SfGuEar

I report a lot on people's social media, and while many do use sarcasm to advance bigotry, it requires editorial judgment and context to determine when that's the case, so it's frustrating seeing articles like this where the person is mocking antisemitism.https://t.co/p9V2LgWzeh

the reporter here seems to have badly misinterpreted these facebook posts https://t.co/2vMARhziNw

That they failed on this front is news, for sure. But criticism rightly falls on Bloomberg here, too, because its story is headlined, "Trump Labor Aide Quits After Anti-Semitic Facebook Posts Surface" without mention that the irony in those posts strips them of anti-Semitism.

Asked Bloomberg for a comment on the @benjaminpenn story on Leif Olson. https://t.co/Nt7fQGxMUT The response is unsurprising and highly disappointing: pic.twitter.com/oX1c9a8wcI