Bloomberg to Bloomberg News Reporters Upset Over 2020 Coverage Limits: ‘With Your Paycheck Comes Some Restrictions’ 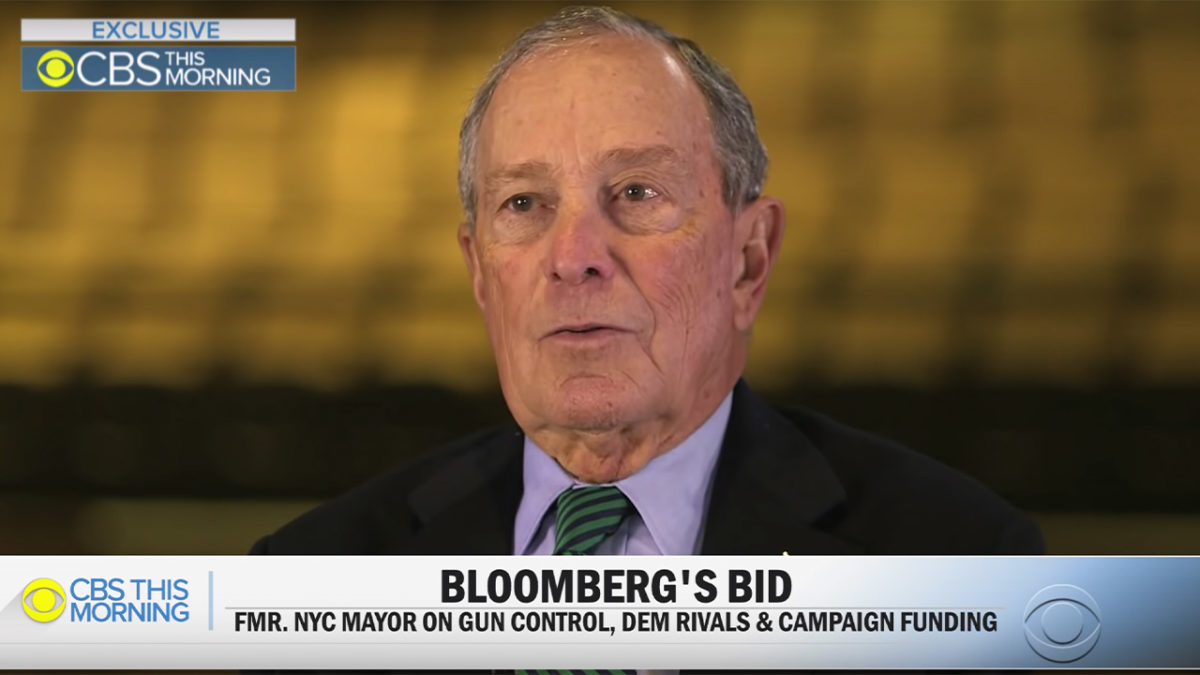 Michael Bloomberg addressed the serious criticism facing Bloomberg News over his 2020 candidacy in an interview with CBS News.

At one point during the interview, Gayle King brought up President Donald Trump’s attacks on him and Bloomberg News over the company’s memo addressing how they plan to cover the 2016 election (including continuing not to investigate Bloomberg).

Former NYC Mayor & presidential contender @MikeBloomberg responds to criticism of his media company's reporters not being allowed to investigate 2020 Democratic candidates: "With your paycheck comes some restrictions and responsibilities."

The memo says they will not be investigating Bloomberg’s Democratic primary rivals either, but then will continue to “investigate the Trump administration, as the government of the day.” If Bloomberg ends up as the Democratic nominee, the memo adds, “we will reassess how we do that.”

“I think people have said to me, ‘How can you investigate yourself?'” Bloomberg said. “And I said, ‘I don’t think you can. But if you take a look at the Bloomberg News organization, we carry news from lots of different places, like New York Times and the Wall Street Journal and the Washington Post. There’s plenty of ways for people to get news about the candidates if they look at Bloomberg News.”

King brought up complaints from Bloomberg reporters that “they’re not allowed to investigate other Democratic candidates because their boss is in the race.”

Bloomberg said in response they just have to accept it:

“You just have to learn to live with some things. They get a paycheck. But with your paycheck comes some restrictions and responsibilities.”