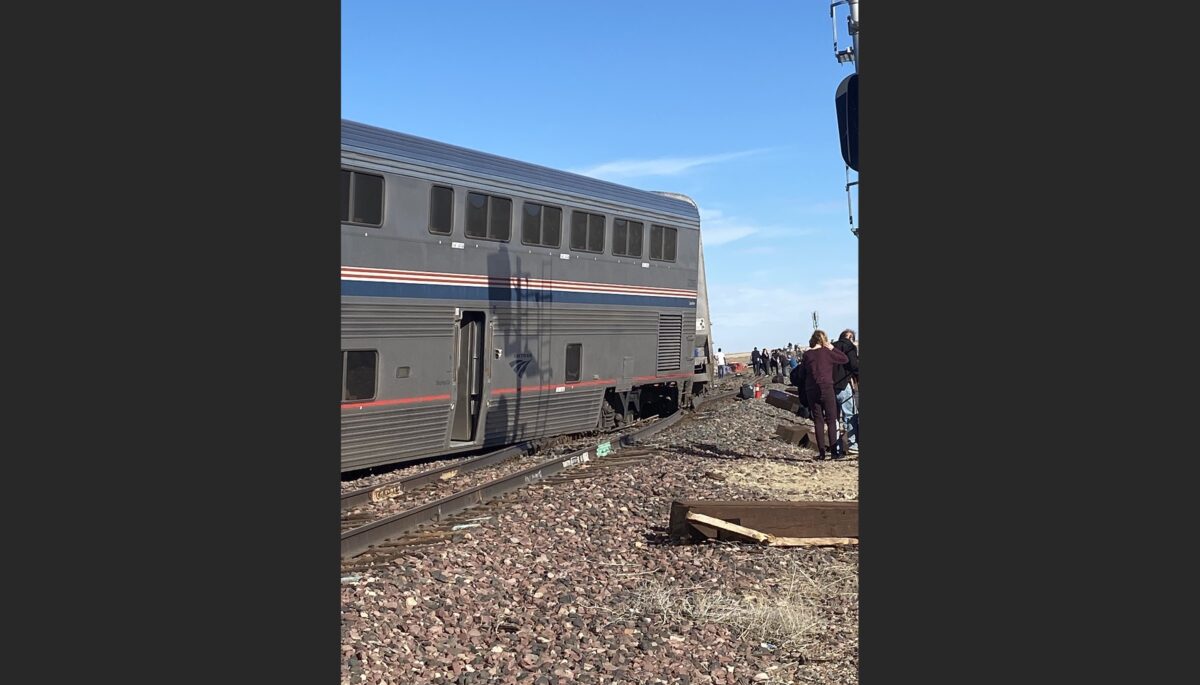 An Amtrak train has derailed near Havre, Mont., leaving multiple cars off the track and at least four tipped over on their sides.

Local NBC affiliate KHQ-Spokane reported that the train was the Empire Builder, which operates between Seattle and Chicago. According to the AP, the train derailed between Havre and Shelby in a rural area of north central Montana near the Canadian border.

Emergency responders are at the scene setting up ladders to rescue passengers from the tipped-over train cars. Passengers at the scene have reported fatalities and injuries, but that information that has not yet been confirmed by law enforcement or Amtrak.

Amtrak public relations manager Jason Abrams said in a statement, reported KXLY-Spokane, that five cars of the train derailed around 4:00 pm MT. There were about 147 passengers and 13 crew members onboard.

“Amtrak is working with the local authorities to transport injured passengers, and safely evacuate all other passengers,” said Abrams in the statement. “Additional details will be provided as available.”

The cause of the accident is unknown at this time.

One of train’s passengers, Jacob Cordeiro, posted several photos of the aftermath along with the simple message, “We derailed.”

UPDATE 10:20 pm ET: KXLY has reported that the Liberty County Sheriff’s Office has confirmed that three people have died. A still unknown number of passengers were injured and taken to Liberty Medical Center. The other passengers were taken by bus to a local high school gymnasium.

3 people have died from the Empire Builder #Amtrak that was derailed according to the Liberty County Sheriff’s Office.

The train was supposed to be here in Spokane by 1:40 tomorrow morning.

This is a breaking news story and has been updated.