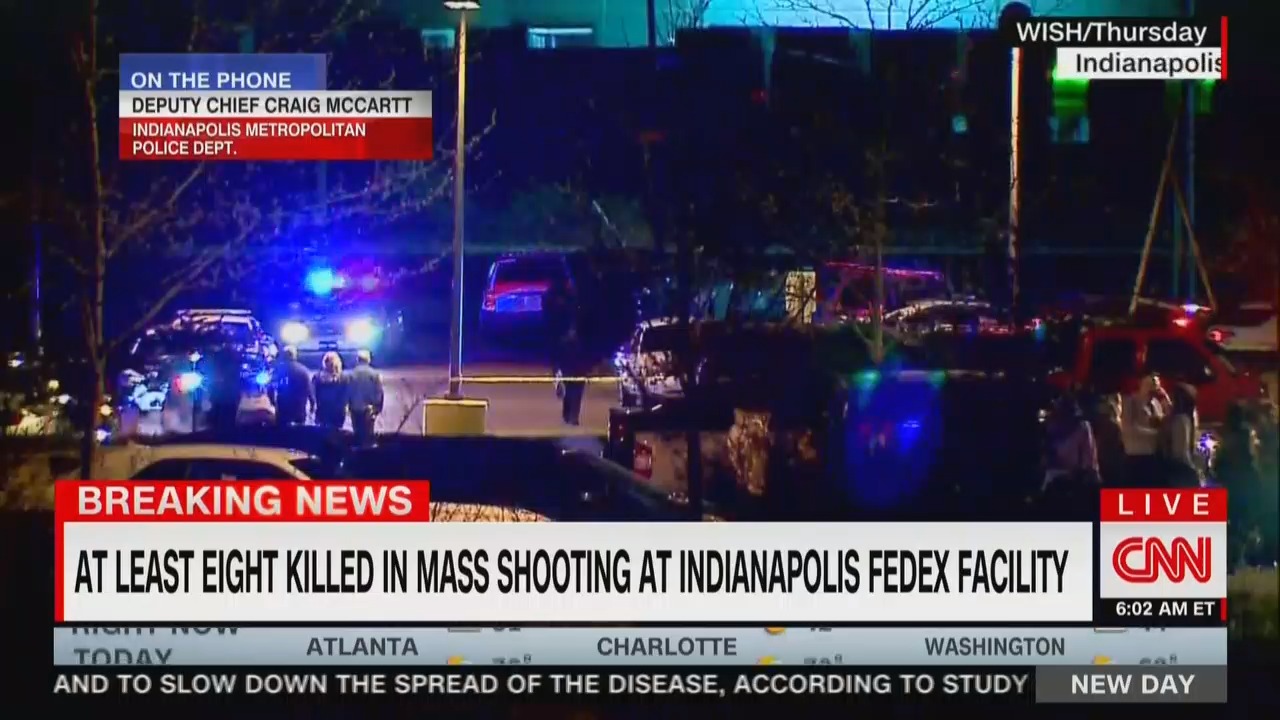 The suspected gunman who opened fire at an Indianapolis FedEx facility on Thursday, killing eight people and wounding several others, has been identified as 19-year-old Brandon Scott Hole, according to the Associated Press.

The news comes from two anonymous law enforcement officials, while investigators have searched Hole’s home in Indianapolis, seizing evidence such as desktop computers.

Hole reportedly opened fire shortly after getting out of his car in the parking lot of a FedEx facility, killing four people outside of the building and four more inside. Five more people were taken to hospitals, as four had gunshot wounds and a fifth had wounds from possible shrapnel.

In addition to the eight killed, Hole reportedly took his own life as police officers arrived on the scene. Hole’s motive still remains unclear, according to law enforcement.

“There was no confrontation with anyone that was there,” Indianapolis Deputy Police Chief Craig McCartt said of the incident. “There was no disturbance, there was no argument. He just appeared to randomly start shooting.”

FedEx has since released a statement regarding the shooting:

We are deeply shocked and saddened by the loss of our team members following the tragic shooting at our FedEx Ground facility in Indianapolis. Our most heartfelt sympathies are with all those affected by this senseless act of violence. The safety of our team members is our top priority, and we are fully cooperating with investigating authorities.