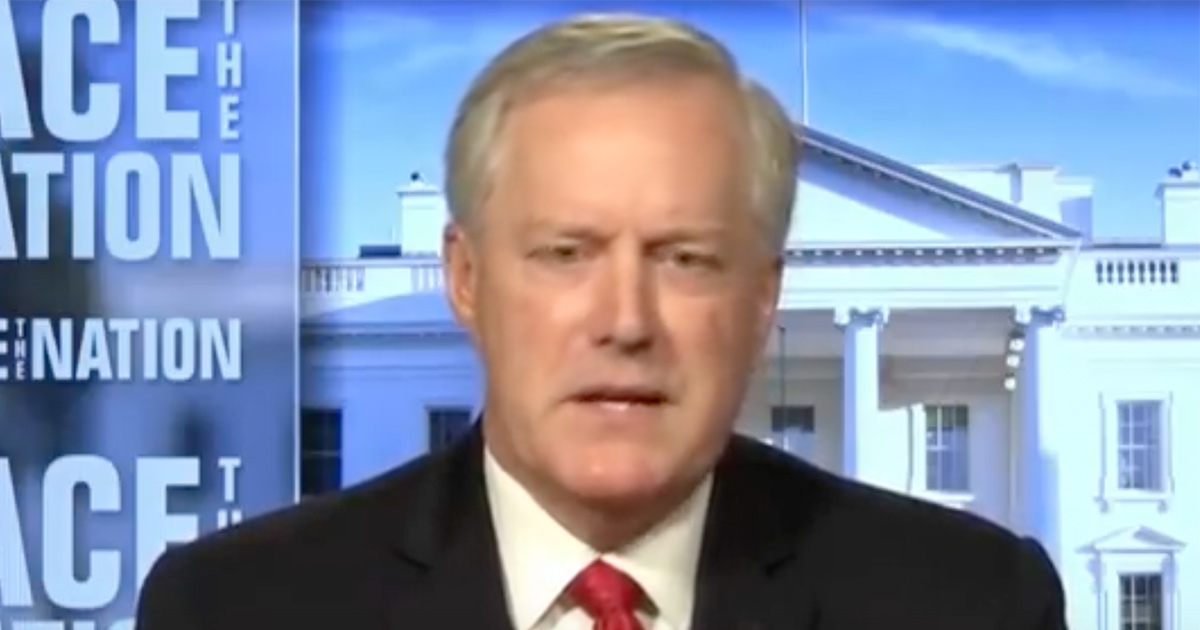 BREAKING: Trump's chief of staff, Mark Meadows, has the coronavirus. Meadows informed a close circle of advisers after the election.

Per Bloomberg, he told advisers “after Tuesday’s election” but “it wasn’t immediately clear when Meadows learned that he had contracted the virus or whether he had developed symptoms of Covid-19, the disease caused by the virus.”

Meadows testing positive for the coronavirus follows President Donald Trump himself and many people around him testing positive over the past few months. He was roundly criticized late last month over an interview where he defended the president’s leadership on the pandemic despite it spreading among his own staffers, and in which he said, “We are not going to control the pandemic. We are going to control the fact that we get vaccines, therapeutics and other mitigations.”

Meadows was apparently at Trump campaign HQ on Election Day.

UPDATE — 11:58 pm ET: According to Bloomberg, not only do four other White House aides have covid, but people around Meadows were “told to keep quiet.”

NEWS: Along with Trump chief of staff Mark Meadows, at least FOUR other White House aides currently have coronavirus, per sources.

Pains were taken to keep Meadows’ illness a secret, I’m told. And people around him who knew were told to keep quiet.