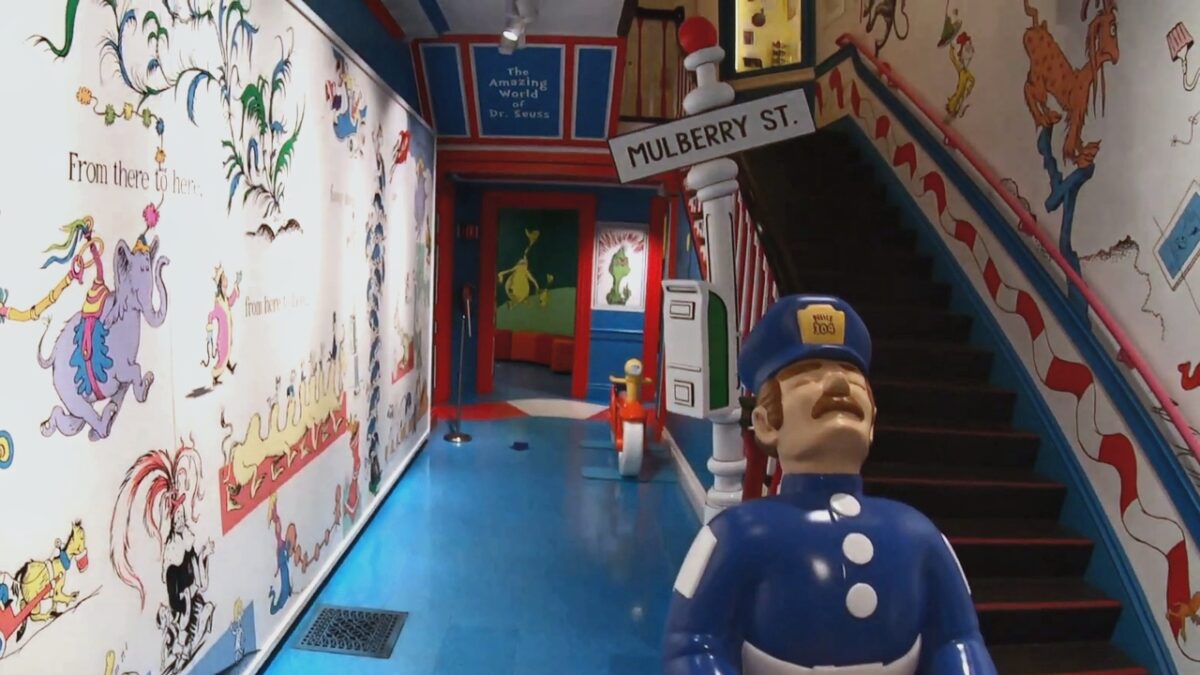 The official organization that controls the legacy of Dr. Seuss has announced it will cease sales of six of the author’s children’s books over racist and insensitive depictions.

In a statement timed for the late author’s birthday — Theodor Seuss Geisel was born March 2, 1904 — Dr. Seuss Enterprises told The Associated Press that And to Think That I Saw It on Mulberry Street, If I Ran the Zoo, McElligot’s Pool, On Beyond Zebra!, Scrambled Eggs Super!, and The Cat’s Quizzer will no longer be published due to “hurtful” depictions in the books:

Six Dr. Seuss books — including And to Think That I Saw It on Mulberry Street and If I Ran the Zoo — will stop being published because of racist and insensitive imagery, the business that preserves and protects the author’s legacy said Tuesday.

“These books portray people in ways that are hurtful and wrong,” Dr. Seuss Enterprises told The Associated Press in a statement that coincided with the late author and illustrator’s birthday.

“Ceasing sales of these books is only part of our commitment and our broader plan to ensure Dr. Seuss Enterprises’ catalog represents and supports all communities and families,” it said.

The announcement comes on the heels of one Virginia school board’s decision to deemphasize the author’s work as a central part of Read Across America Day, which is also pegged to Seuss’s birthday.

In reporting on that decision, CNN gave some examples of the offensive content:

Dr. Seuss had a long history of publishing racist and anti-Semitic work, spanning back to the 1920s when he was a student at Dartmouth College. There, Dr. Seuss once drew Black boxers as gorillas, as well as perpetuating Jewish stereotypes as financially stingy, according to a study published in the journal Research on Diversity in Youth Literature.

That study, published in 2019, examined 50 books by Dr. Seuss and found 43 out of the 45 characters of color have “characteristics aligning with the definition of Orientalism.” The two “African” characters, the study says, both have anti-Black characteristics.

Two specific examples, according to the study, are found in the books The Cat’s Quizzer: Are YOU Smarter Than the Cat in the Hat? and If I Ran the Zoo.

“In (The Cat’s Quizzer), the Japanese character is referred to as ‘a Japanese,’ has a bright yellow face, and is standing on what appears to be Mt. Fuji,” the authors wrote.]

Regarding If I Ran the Zoo, the study points out another example of Orientalism and White supremacy.

“The three (and only three) Asian characters who are not wearing conical hats are carrying a White male on their heads in ‘If I Ran the Zoo.’ The White male is not only on top of, and being carried by, these Asian characters, but he is also holding a gun, illustrating dominance. The text beneath the Asian characters describes them as ‘helpers who all wear their eyes at a slant’ from ‘countries no one can spell.'”

The study also argues that since the majority of human characters in Dr. Seuss’ books are White, his works — inadvertently or not — center Whiteness and thus perpetuate White supremacy.

You can read the full study here.