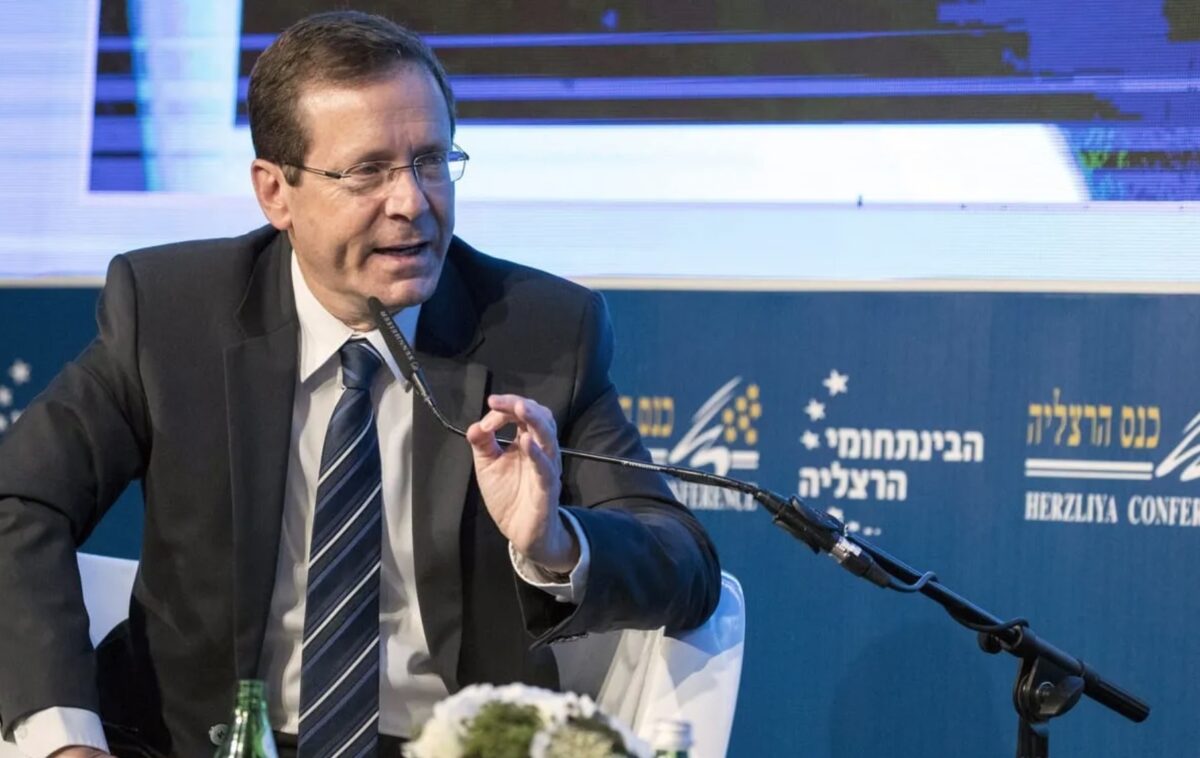 Israeli President Isaac Herzog lashed out on Wednesday at boycotts against the country, calling them “a new form of terrorism,” after a political stand taken by American ice cream company Ben & Jerry’s.

“The anti-Israel boycott is a new form of terror, economic terrorism, terrorism that tries to harm Israeli citizens and the Israel economy,” Herzog said in a speech at a memorial event for former Prime Minister Yitzhak Shamir. “I have no doubt that every prime minister and every Israeli president in history would sharply condemn the abominable calls to boycott Israel and Israeli citizens.”

The comments came after the Vermont-based company said Monday it was “inconsistent” with its values for its ice cream to be sold in “Occupied Palestinian Territory,” or the West Bank and Gaza Strip. “We have a longstanding partnership with our licensee, who manufactures Ben & Jerry’s ice cream in Israel and distributes it in the region,” the company said in a statement. “We have informed our licensee that we will not renew the license agreement when it expires at the end of next year.”

The company said it would continue doing business in Israel. The anti-Israel Boycott, Divestment and Sanctions (BDS) movement — which is aimed at undermining foreign investment in Israel  commended Ben & Jerry’s in a statement of its own while calling on the company to go further, saying, “We warmly welcome their decision but call on Ben & Jerry’s to end all operations in apartheid Israel.”

Israel’s president took similar aim at the BDS movement on Wednesday. “The BDS campaign does not pursue peace and seeks to undermine the very existence of the state of Israel,” Herzog said. “It is aiming its arrows at the Israeli economy.”