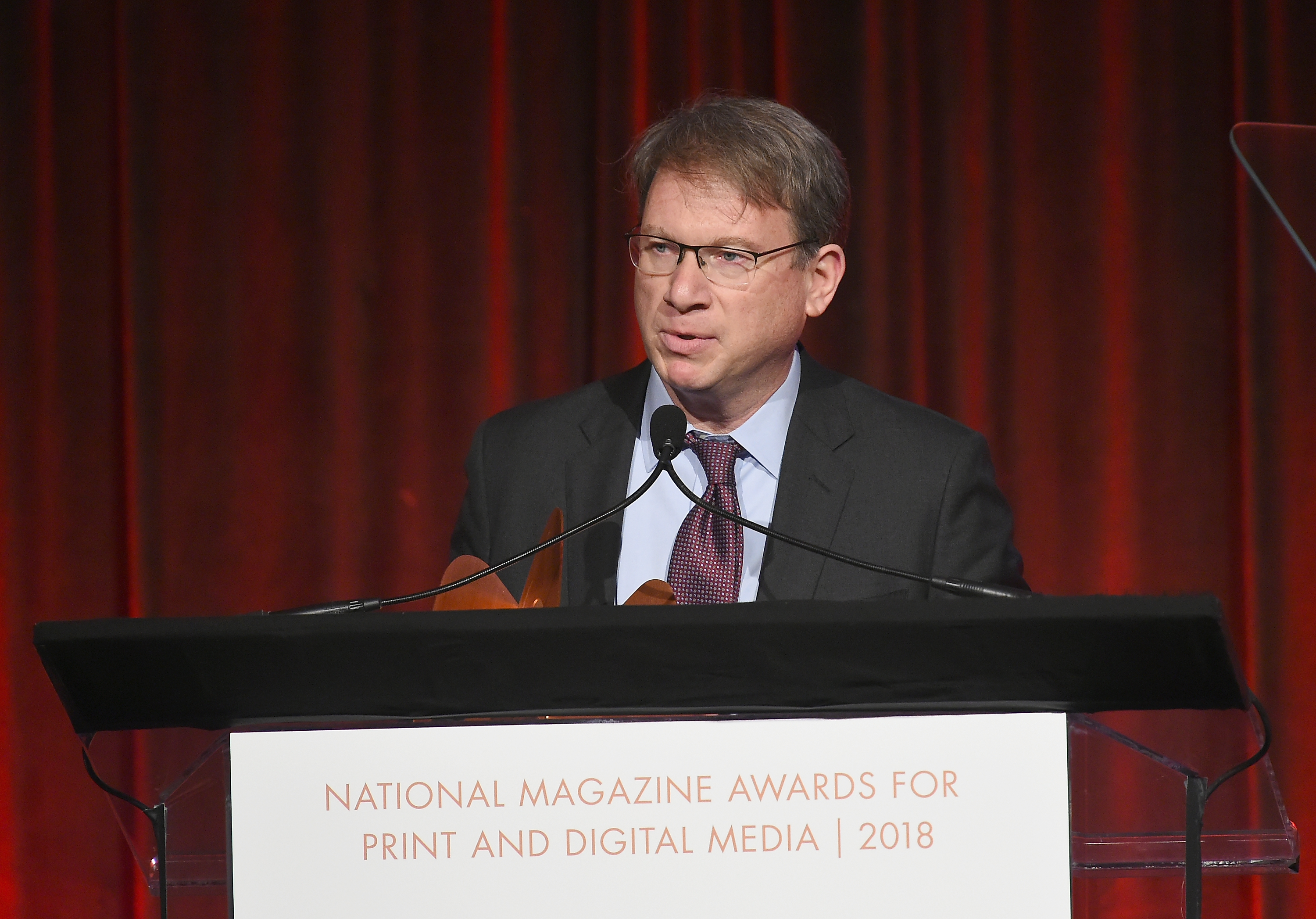 In a new book by Kevin Williamson, — who was fired from The Atlantic shortly after his hiring was announced — the conservative writer claims Atlantic editor in chief Jeffrey Goldberg once predicted the end of white men running the famed mag.

“Goldberg himself remarked that it would be impossible to hire a white man as editor of The Atlantic if the position were to come open,” Williamson writes in his new book, The Smallest Minority: Independent Thinking in the Age of Mob Politics.

Williamson, who returned to the National Review after the Atlantic affair, adds that Goldberg said “that he does not expect to see such a job offered to a man such as himself in his lifetime.”

In a footnote, however, Williamson writes that Goldberg denied ever having made the comment.

I should note that Goldberg now specifically denies ever having said any such thing to me — unlike more than a few of my colleagues in journalism, I double-check these things — though I specifically remember being surprised by his choice of words: a ‘white man’ rather than a ‘white male.’ I am from the South, where a white man talking about the plight of the ‘white man’ is a culturally fraught thing indeed, though I doubt this is known to Goldberg, a Jewish guy from Brooklyn. I’ll put it this way: Goldberg and I have different recollections of the conversation…

Williamson was fired from the Atlantic last year, one month after he was hired, over previous statements he made expressing his view that abortion should be punishable by hanging.

Goldberg had originally defended Williamson, saying he did not want to judge anyone by their “worst tweets, or assertions, in isolation.” After a podcast in which Williamson elaborated on his controversial comments was unearthed, Goldberg made the decision to fire him.

The conservative writer predicted that Goldberg will not last very long in the top job.

“The mob is always hungry,” he wrote. “It is a ravening maw, and there are many of its members who already want Goldberg out the door feet first on political grounds, owing to his pro-Israel views and sometimes hawkish posture on foreign policy.”

“But they also want him gone for other reasons: because he’s a white man,” he continues, adding it could also be because he’s a successful “self-satisfied public figure with a slightly smug and eminently punchable face.”

Goldberg did not respond to Mediaite’s request for comment by publication.