Marine Reprimanded, Sentenced to Forfeiture of $5,000 for Viral Criticism of Afghanistan Withdrawal 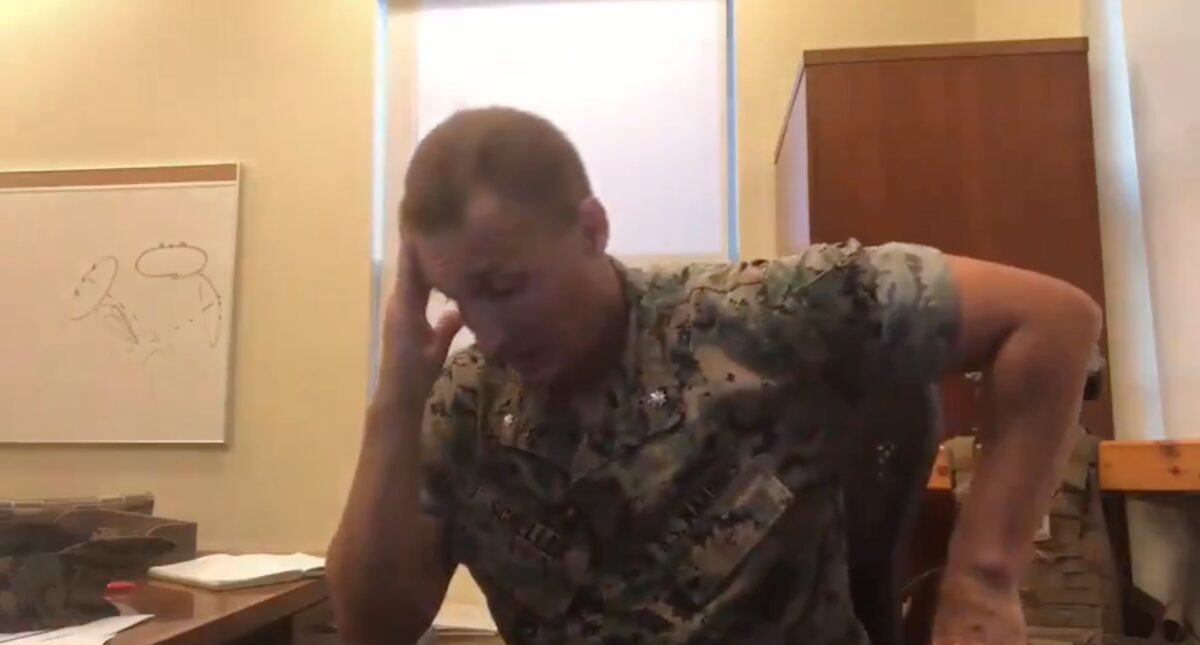 A military court issued a letter of reprimand to Lt. Col. Stuart Scheller Jr. on Friday and a forfeiture of $5,000 for criticizing the United States’ departure from Afghanistan.

The sentence came after Scheller entered a guilty on Thursday to six misdemeanor charges of violating the Uniform Code of Military Justice. The $5,000 forfeiture in pay represented a month’s earnings for Scheller and came in far short of the recommendation from military prosecutors, who called for a six-month forfeiture. The judge, Col. Glen Hines, said he would have imposed a two-month forfeiture if Scheller had not spent nine days in the brig earlier in the month for allegedly violating a gag order that prevented him from posting on social media.

“This case represents more than Stu Scheller,” Tim Parlatore, an attorney for Scheller, told the court. “He showed the entire country the emotional roller coaster that a lot of vets are going through.”

Scheller, a 17-year veteran of the Marine Corps, was relieved of command at North Carolina’s Camp Lejeune in August for posting his recorded critique on Facebook. “Did anyone raise their hand and say, ‘We completely messed this up?'” Scheller said in the video about the U.S. withdrawal from Afghanistan, which concluded after 13 service members died in a suicide attack.

“I’m not saying we can take back what has been done,” Scheller said. “All I asked for was accountability, for people to comment on what I said and to say, ‘Yes. Mistakes were made.’ And had they done that I would’ve gone back into rank and file, submitted, and accomplished what I wanted.”

“I did what I did because I thought it was in the best long-term interest of the Marine Corps,” Scheller told the court. “Going forward, I am still demanding accountability.”