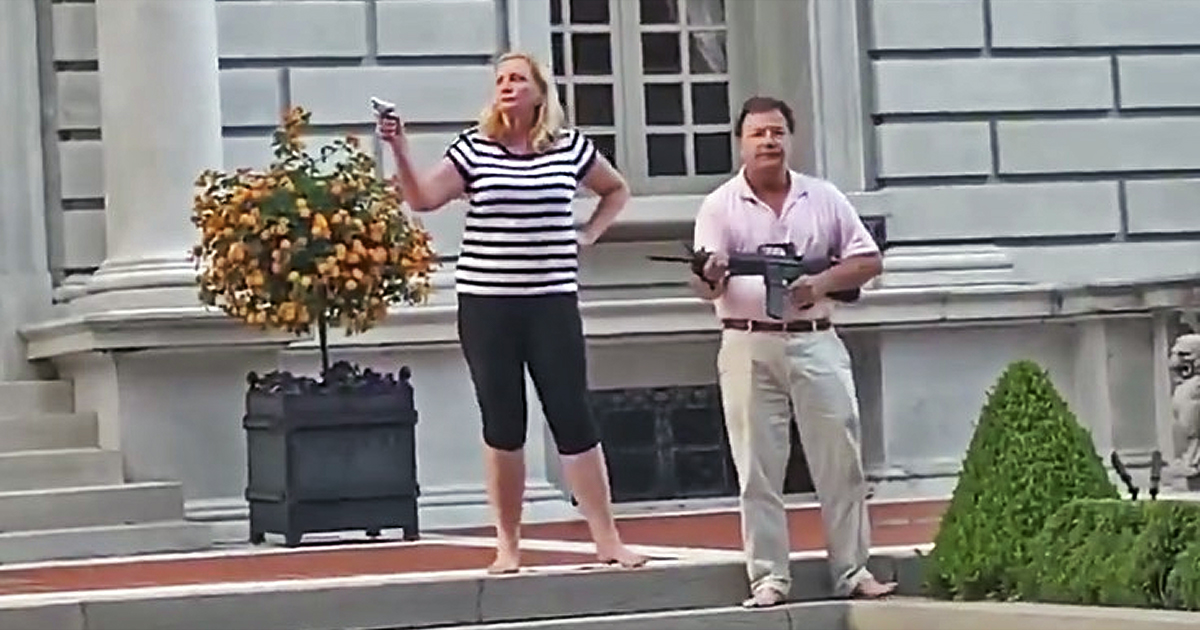 Missouri Governor Mike Parson announced a number of pardons on Tuesday, including for Mark and Patricia McCloskey.

The McCloskeys, you may remember, received national attention in June 2020 for emerging from their home with firearms as Black Lives Matter protesters marched outside.

who publicly said he would pardon them, finally did so this week. Per the AP, the McCloskeys’ lawyer said, “Mark McCloskey has publicly stated that if he were involved in the same situation, he would have the exact same conduct. He believes that the pardon vindicates that conduct.”

Mark McCloskey announced in May he is running for Senate.