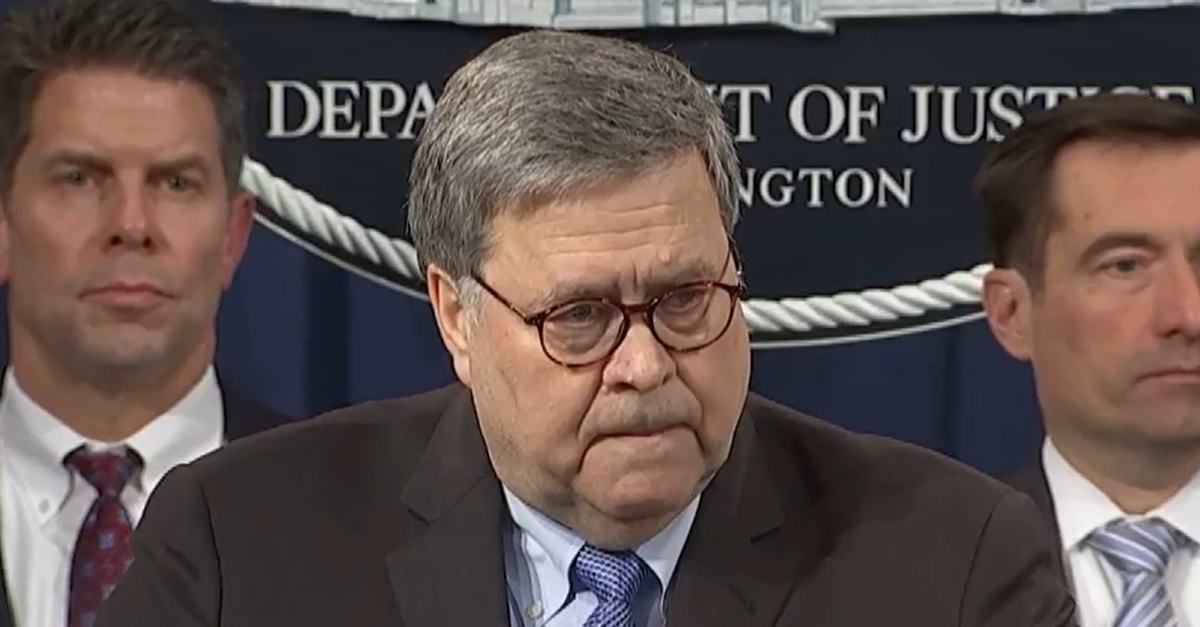 The DOJ dropped its charges against Flynn last week after he previously accepted a plea deal in 2017, admitting he lied to FBI investigators and to Vice President Mike Pence about his contacts with Russia’s former U.S. ambassador. Barr drew outrage over the move, but defended himself by saying “it was a good decision because it upheld the rule of law. It helped, it upheld the standards of the Department of Justice, and it undid what was an injustice.”

The Flynn case became a renewed source of controversy recently due to unsealed documents that fueled misconduct allegations against the FBI’s handling of his case. Nonetheless, almost 2,000 DOJ alumni have signed onto a letter posted on Medium, decrying Barr’s decision and comparing it to how he seemed to fulfill President Donald Trump’s wishes by intervening in Roger Stone’s sentencing months ago.

“Attorney General Barr has once again assaulted the rule of law,” the letter says. “Make no mistake: The Department’s action is extraordinarily rare, if not unprecedented. If any of us, or anyone reading this statement who is not a friend of the President, were to lie to federal investigators in the course of a properly predicated counterintelligence investigation, and admit we did so under oath, we would be prosecuted for it.”

The letter goes on to decry Barr’s “repeated actions” to further Trump’s interests, and while they acknowledge that the AG has been called on to resign before, “we continue to believe that it would be best for the integrity of the Justice Department and for our democracy for Attorney General Barr to step aside.” The letter also encourages Congress to reschedule a hearing Barr was supposed to have back in March but was postponed because of the coronavirus crisis.

We urge the Committee to reschedule Attorney General Barr’s testimony as soon as safely possible and demand that he answer for his abuses of power. We also call upon Congress to formally censure Attorney General Barr for his repeated assaults on the rule of law in doing the President’s personal bidding rather than acting in the public interest. Our democracy depends on a Department of Justice that acts as an independent arbiter of equal justice, not as an arm of the president’s political apparatus.