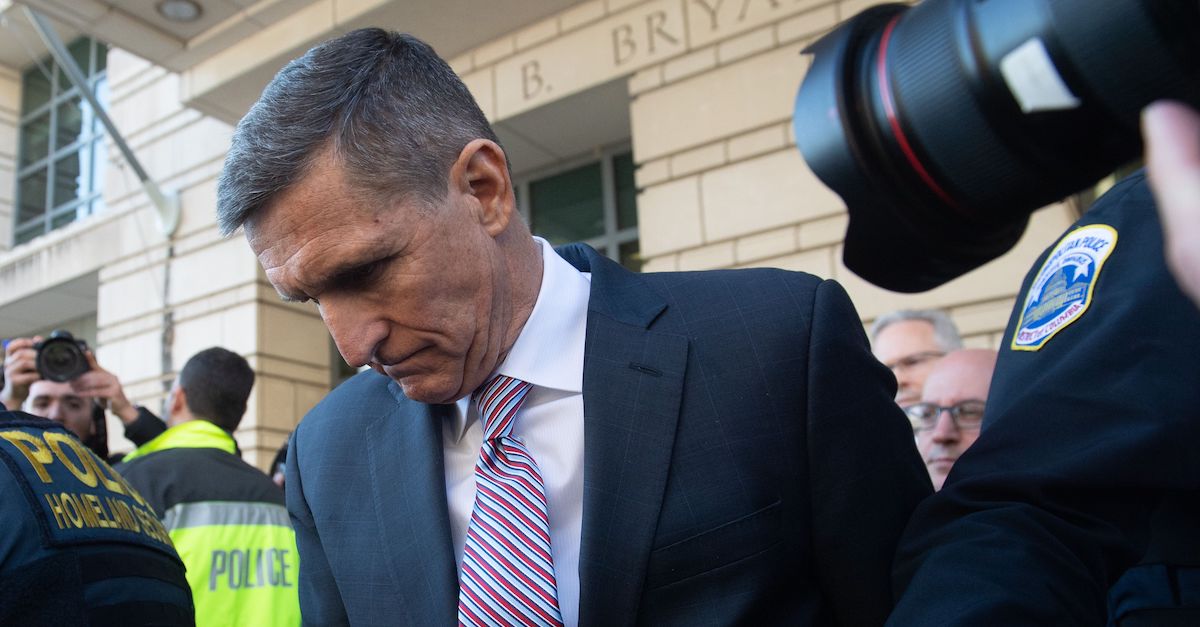 The Justice Department said on Thursday it would drop a criminal case against Lt. Gen. Michael Flynn, who served briefly as national security adviser to President Donald Trump.

Flynn in 2017 accepted a plea deal on one count of lying to federal agents, but sought to withdraw from the deal after prosecutors reneged on a promise to grant leniency. Flynn replaced his original legal team last year with high-powered conservative attorney Sidney Powell, a former prosecutor who battled aggressively in the case.

Brandon Van Grack, a lead prosecutor and head of the Justice Department’s Foreign Agents Registration Act (FARA) division, filed a notice to withdraw from the case hours before the charges against Flynn were dropped. Van Grack previously worked as a prosecutor on Special Counsel Robert Mueller‘s investigation of Russian interference in the 2016 election specializing in FARA violations.

Documents unsealed last week revealed what critics said amounted to misconduct by officials in the case. Handwritten notes authored by the FBI’s former counterintelligence chief Bill Priestap showed Priestap planning with former Director James Comey and Deputy Director Andrew McCabe contemplating how they might be able to get Flynn to lie to agents. “What is our goal?” one note said. “Truth/Admission or to get him to lie, so we can prosecute him or get him fired?”

The documents also included emails between FBI lawyer Lisa Page and Special Agent Peter Strzok discussing whether they needed to provide Flynn with a customary “1001 warning” about not “misleading” agents. “I have a question for you,” Page wrote. “Could the admonition re 1001 be given at the beginning at the interview? Or does it have to come following a statement which agents believed to be false? Does this policy speak to that?” Strzok replied, “I haven’t read the policy lately, but if I recall correctly, you can say it any time.”

Strzok and Page, who were having an affair, were removed from Mueller’s investigation after anti-Trump text messages between the two came to light.

Attorney General William Barr in February appointed an outside prosecutor to review the case against Flynn, and in April, Trump said he was considering a pardon for Flynn, saying that “dirty, filthy cops at the top of the FBI … came at him with 15 buses, and he’s standing in the middle of a highway.”

The Justice Department said on Thursday that it was dropping the case “after a considered review of all the facts and circumstances of this case, including newly discovered and disclosed information.”