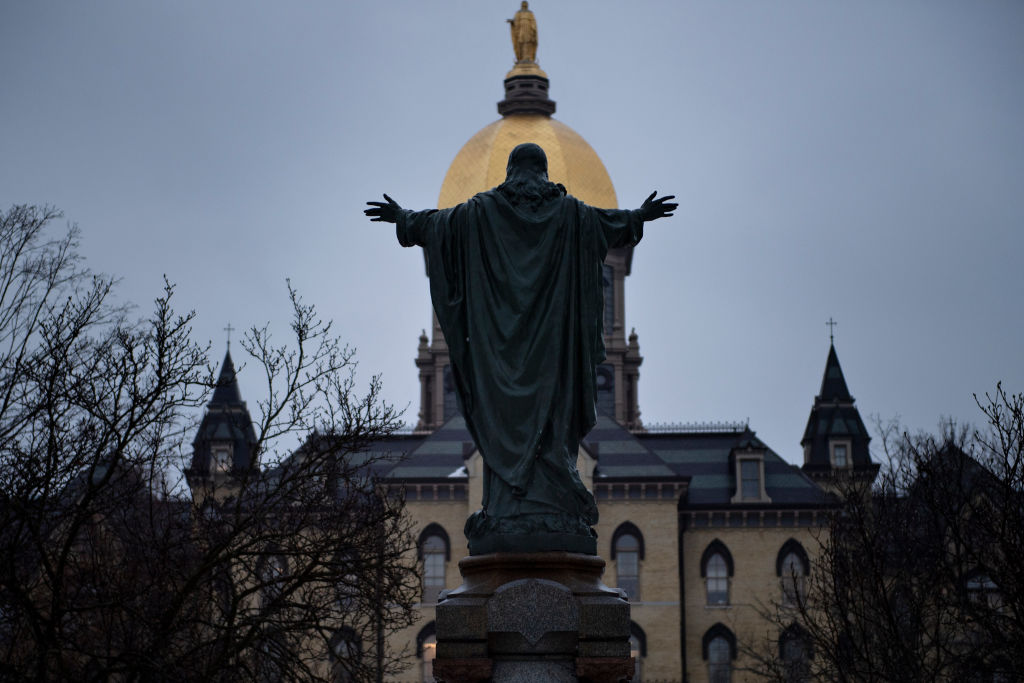 Notre Dame, one of the country’s most prestigious Catholic universities announced that it, too, would be suspending in-person learning after a Covid-19 outbreak struck its campus just as its fall 2020 semester got underway. On the same day, Ithaca College also changed course and chose to restart virtually instead of beginning the school year with students on campus.

According to the Wall Street Journal, the college reported that nearly one fifth of all students tested—80 out of 418— had been found to be positive for the coronavirus. The school had implemented a comprehensive testing program to bring students back to campus for face-to-face classes. Of the 12,000 students tested before classes began on August 10, only 33 had been positive.

“Over the next two weeks, students won’t be quarantined but neither will they gather for classes. Instead, they will take them online, generally in their dorm rooms or off-campus apartments,” a Notre Dame spokesperson told the Journal. “The school will also increase surveillance testing of students who don’t have symptoms to better gauge the spread of the virus.”

On Monday, just one week into fall classes, the University of North Carolina had abruptly suspended on-campus classes and switched to remote learning after a coronavirus spike hit that school. Notre Dame, Ithaca, and North Carolina joined more than a dozen other major universities that had already announced they would not restart in person in the fall of 2020 or had abruptly switched to virtual learning after campus outbreaks.