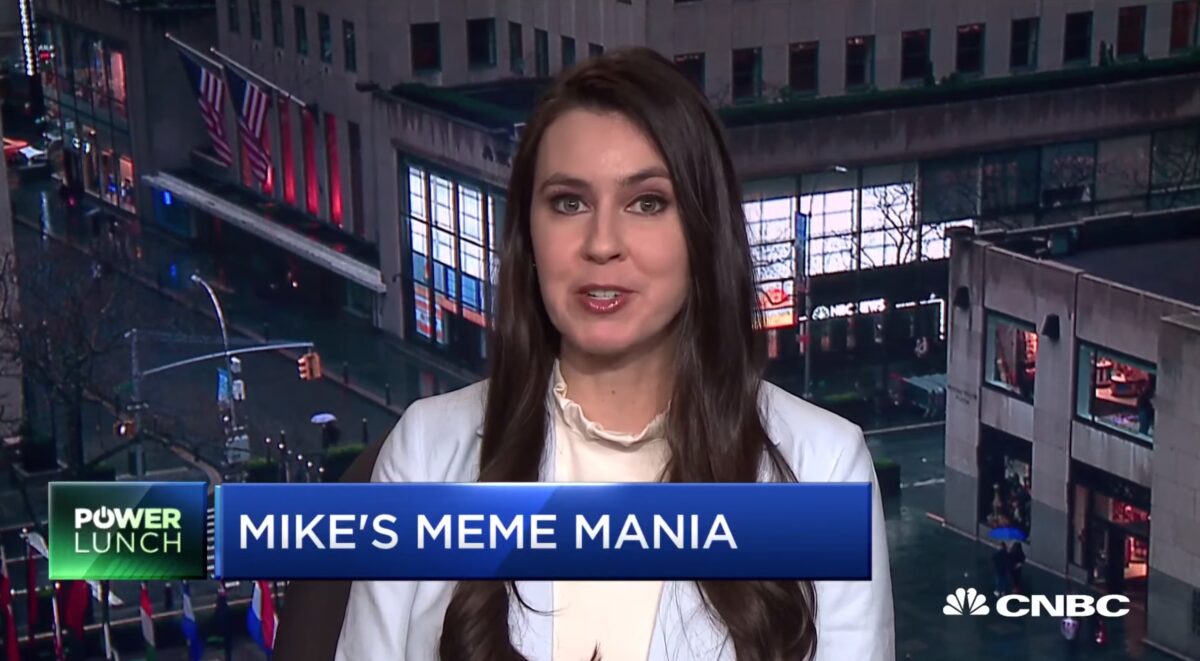 A New York Times reporter locked her account on Twitter this week after falsely claiming that tech entrepreneur Marc Andreessen used a “slur” during a private chat online.

“@PMarca just openly using the r-slur on Clubhouse tonight and not one other person in the room called him on it or saying anything,” the Times’ Taylor Lorenz wrote in a Saturday message on Twitter, referencing a private discussion on the invite-only “Clubroom” application in which Andreessen addressed the controversy over GameStop.

The company’s stock surged last month as a result of users on Reddit’s “WallStreetBets” forum. Users encouraged each other to buy GameStop’s stock, increasing its price by more than 600 percent while causing Wall Street investment firms to rack up big losses.

Users of the forum commonly refer to each other as “autists” or “retards” with an ironic sense of affection. Felicia Horowitz, another participant in the discussion on Clubroom — where voices may be heard, but video of participants cannot be seen — allegedly referred to the forum’s controversial self-references, leading Lorenz to misattribute the phrase to Andreessen. 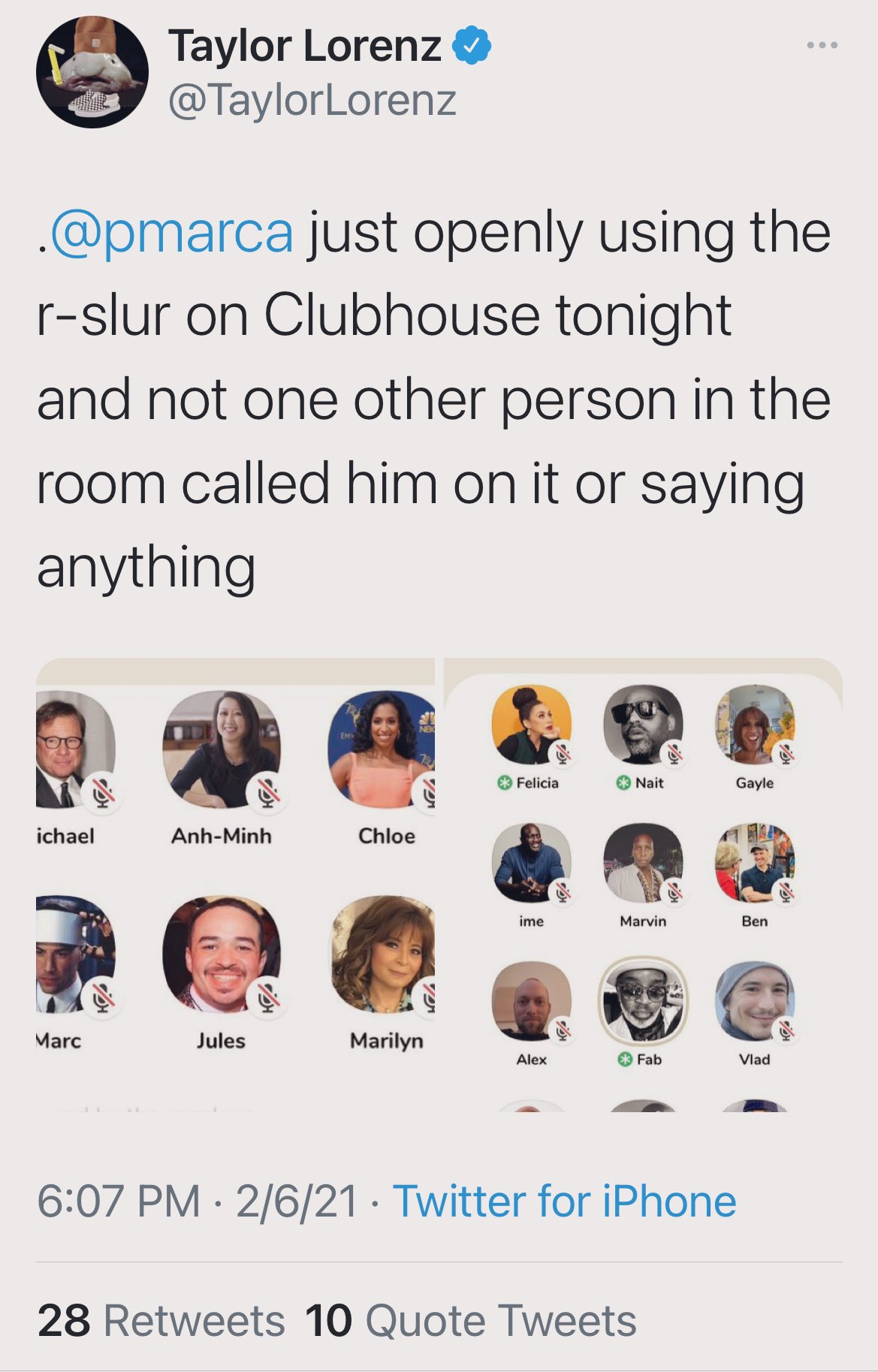 Discussion moderator Nait Jones quickly corrected Lorenz. “Here’s what actually happened,” Jones wrote on Twitter. “Felicia explained that the Redditors call themselves ‘R-word revolution’ but Marc never used that word, ever … and this is why people block because of this horse shit dishonesty.”

Lorenz deleted the allegation late on Saturday. “Many heard Marc’s voice … because it was the male,” she wrote in a follow-up message. “I hope everyone who used this word can think more carefully about why people in the audience were upset.”

The move wasn’t enough to quell outrage from critics. “Can’t wait until Taylor Lorenz starts showing up uninvited to parties wearing comically large sunglasses and a fake mustache, furiously tweeting in the corner as the guests talk and have a good time,” Washington editor of The Spectator Amber Athey wrote on Twitter.

“Imagine you get snatched up for publishing false aspersions about someone,” Kmele Foster added. “And for your non-apology-encore-performance, a tut-tut directed at everyone else. ‘I hope you all learned something today…’ Real talk: I’m a little impressed.”

Imagine you get snatched up for publishing false aspersions about someone… And for your non-apology-encore-performance, a tut-tut directed at everyone else.

‘I hope you all learned something today…’

More common – When a far left wing activist falsely smears someone, as Taylor Lorenz did, the fact-checkers won’t even run a fact check. The entire “disinformation” beat will ignore this.

Had Daily Wire made a similar claim, it’d be trending with calls to ban them. https://t.co/L0REXMucE3

If 150 New York Times employees actually believe that the intent people’s remarks are “irrelevant,” I’m not sure how I’m supposed to trust their news coverage.

“Lorenz lied,” former Intercept chief Glenn Greenwald opined on Substack. “Andreessen never used that word. And rather than apologize and retract it, she justified her mistake by claiming it was a ‘male voice’ that sounded like his, then locked her Twitter account as though she — rather than the person she falsely maligned — was the victim.”

Greenwald noted that Lorenz failed to retract her claim before locking her account to escape the outrage. “Rather than apologizing and retracting, Lorenz thanked Jones for ‘clarifying,’ and then emphasized how hurtful it is to use that word. She deleted the original tweet without comment, and then — with the smear fully realized — locked her account.”

“Besides the fact that a New York Times reporter recklessly tried to destroy someone’s reputation, what is wrong with this episode?” Greenwald added. “Everything.”

The Times hired Lorenz to report on internet culture in 2019, where she has developed a reputation — and attracted criticism — for taking on Clubhouse, which she criticized last year for “excluding journalists,” and for praising TikTok, the Chinese video-sharing platform, as a place where Americans “found community.” She worked previously as a social media assistant for The Hill and as a writer for The Atlantic.

The Times did not respond to a request for comment from Mediaite as of press time.