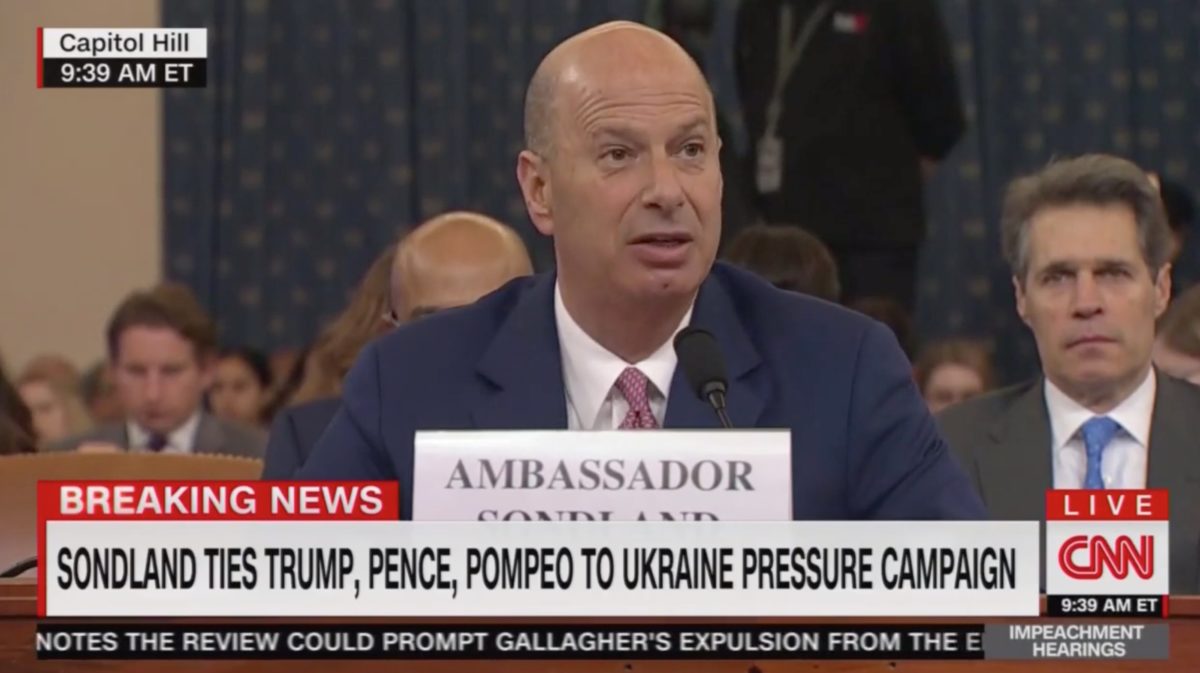 A spokesperson for Rick Perry is pushing back on Gordon Sondland’s testimony regarding the secretary of energy’s connection to the quid pro quo of the Ukraine scandal.

“Ambassador Sondland’s testimony today misrepresented both Secretary Perry’s interaction with Rudy Giuliani and direction the Secretary received from President Trump,” the statement says. “Secretary Perry spoke to Rudy Giuliani only once at the president’s request. No one else was on that call.”

Sondland testified that Perry was one of several prominent Trump allies in the loop as the administration pursued a quid pro quo with the Ukrainian government. Sondland told Congress that Trump never “directly” told him U.S. military aid to Ukraine was conditioned on the investigations the president wanted, but he also said it was “abundantly clear” to everyone involved that the quid pro quo was there.

The denial from Perry’s office comes after Mike Pence’s team disputed Sondland’s claim that he took his quid pro quo concerns to the vice president. Secretary of State Mike Pompeo was also named in Sondland’s testimony, though he refused to talk about the hearing while answering questions today.

.@SecPompeo "I'm not going to recuse myself from this…." on State Dept.document production for impeachment inquiry. Pompeo says he is proud that Pres Trump got US Ukraine relationship on track.

Sec. Pompeo, overseas, was just asked a question about Amb. Sondland's testimony today. His response to the @AFP reporter: “I didn’t see a single thing today. I was working. Sounds like you might not have been.”