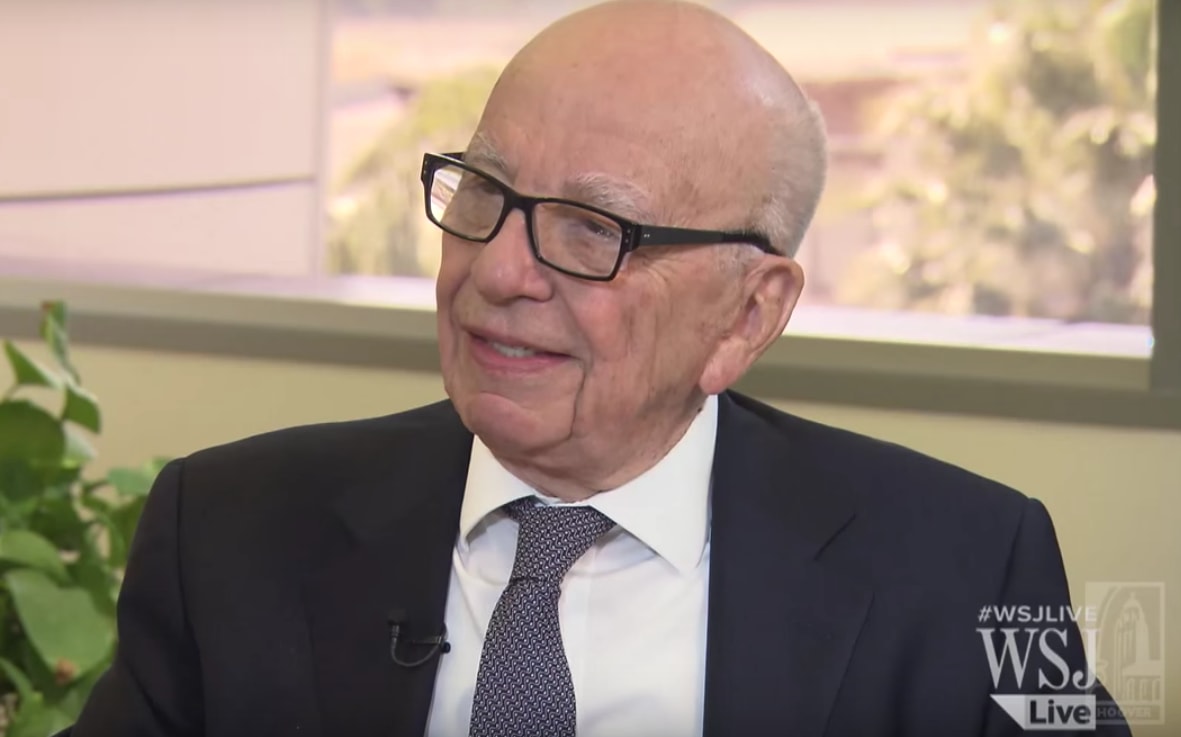 Rupert Murdoch, head of News Corp. and Fox Corporation, said that media organizations are facing widespread “censorship” that seeks to “stop individuals and societies from realizing their potential.”

Murdoch made the statement in his pre-taped acceptance of a lifetime achievement award from the Australia Day Foundation, the New York Times reports. Murdoch, whose News Corp. Australia properties reach more than 17 million Australians monthly, and whose Fox News Twitter account has 20 million followers, also referred in the video to “rigidly enforced conformity, aided and abetted by so-called social media” as being a “straitjacket on sensibility.”

“For those of us in media,” Murdoch says in the video, “there’s a real challenge to confront: a wave of censorship that seeks to silence conversation, to stifle debate, to ultimately stop individuals and societies from realizing their potential. This rigidly enforced conformity, aided and abetted by so-called social media, is a straitjacket on sensibility. Too many people have fought too hard in too many places for freedom of speech to be suppressed by this awful woke orthodoxy.”

The Australia Day Foundation is a non-profit organization for Australian-born leaders in business, entertainment, sports, and other areas living in the United Kingdom. The Australia Day Awards are given to “those in our community you have made a significant contribution to Australian-UK relations.”

One day after the video was posted on the website of the Murdoch-owned Herald Sun newspaper in Australia, the New York Post, another Murdoch-owned tabloid, featured a cover essay by conservative Sen. Josh Hawley (R-MO), who sought to overturn the results of the 2020 presidential election and is seen by some as having encouraged the mob that attacked the U.S. Capitol on Jan. 6. In his essay, Hawley, like Murdoch, similarly complained about so-called “cancel culture,” and being forced to “endorse the right ideas” and “conform.”

In addition to having a cover story in the New York Post, Hawley has a book deal for his upcoming book, The Tyranny of Big Tech, with conservative publishing outfit Regnery Publishing. The Regnery book deal came after Simon and Schuster revoked its book deal with Hawley, citing Hawley’s “role in what became a dangerous threat to our democracy and freedom.”