Rush Limbaugh Backs Off Secession Talk: 'Not Advocating' for it

Rush Limbaugh Eases Off Secession Talk After Comments Create Firestorm: ‘I Am Not Advocating’ for it

Rush Limbaugh on Thursday clarified comments he made about secession after they went viral on social media and were featured as The Drudge Report’s top story.

“So yesterday on this program, I’m minding my own business,” Limbaugh said at the start of his program. “I literally was minding my own business. I was executing assigned host duties flawlessly I had yet to make a mistake. And out of the blue, I get a question from the program observer, the official program observer, Mr. Snerdley. And the question that I got from Mr. Snerdley was, ‘Are we ever going to be able to win again?'”

Limbaugh was referencing his producer, James Golden, who goes by the pseudonym “Bo Snerdley.”

“I said … I’ve alluded to this a couple of times, because I’ve seen others allude to this,” he added. “I’ve seen quite a few people allude to this over recent months, maybe over the course of six months. I said I think we could be trending toward secession. … I said I see more and more people asking, what in the would do we have in common with people who disagree with us? Where’s the overlap?”

Limbaugh made virtually the same statement on his Wednesday program, telling listeners, “I actually think — and I’ve referenced this, I’ve alluded to this a couple of times because I’ve seen others allude to this — I actually think that we’re trending toward secession.” 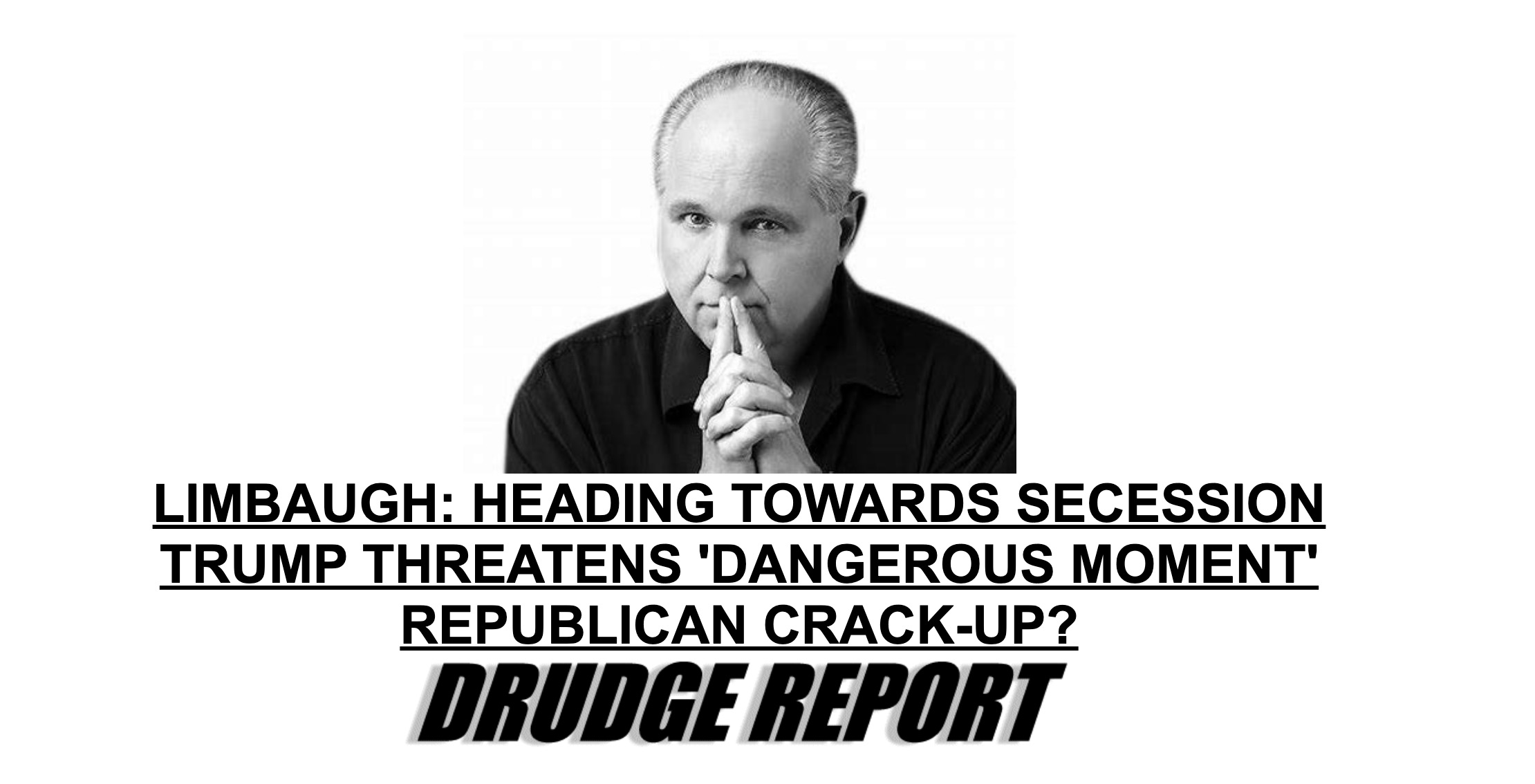 Limbaugh said Thursday that he wasn’t advocating for the idea, but was noting it had been widely popularized by others. “I don’t know how many people, responsible people — I haven’t named any names here, but they’re certainly not hiding behind their comments,” Limbaugh said. “I’ve seen it written on Twitter I’ve seen it written on various blogs, Hot Air, Power Line, how distant and separated how much more separated our culture is becoming politically and I’ve seen people speculate that there cannot be a peaceful coexistence of two completely different theories of life, theories of government, theories of how we manage our affairs, that we can’t be in this dire a conflict without something giving somewhere along the way.

“I simply referenced what I have seen other people say about how we are incompatible, as currently divided, and that secession is something that people are speculating about,” he added. “I am not advocating it, have not advocated, never have advocated it, and probably wouldn’t. That’s not something — 32 years — that’s not the way I’ve decided to go about handling disagreements with people on the left.”

Listen above via The Rush Limbaugh Show.