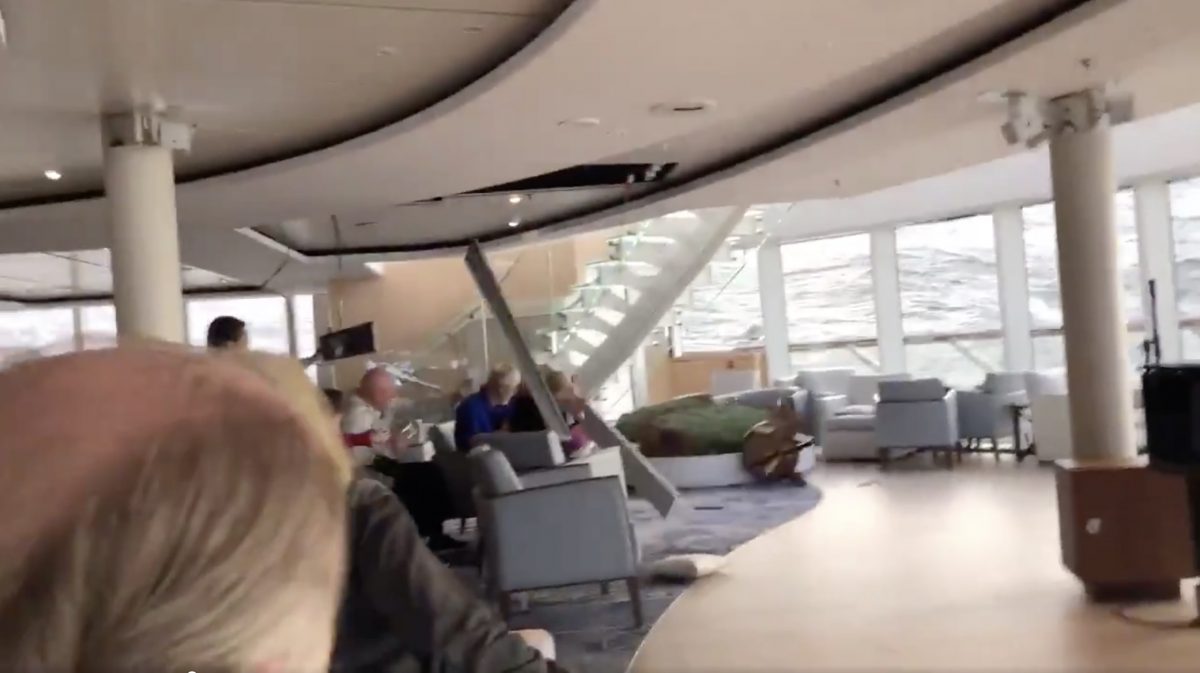 On Saturday, the crew issued a mayday call after the ship — located off of Norway’s western coast — faced engine problems due to high waves and strong winds.

An Israeli news source shared video of the ship from land showing the rough sea.

Approximately 1300 were aboard the cruise ship at the time. Rescue boats and helicopters have been sent to get the passengers to dry land. The process is expected to take hours.

Alexus Shepphard, whose Twitter bio describes her as an author and LGBT advocate, shared video showing things falling from the ceiling and furniture — and passengers — being tossed about.

In a second video shared by Shepphard, a crash can be heard.

Journalist Rosana Hermann also shared a video of a wave hitting the ship, reportedly taken by a ship staffer.

According to local police, some have been taken to hospital but no serious injuries have been reported.