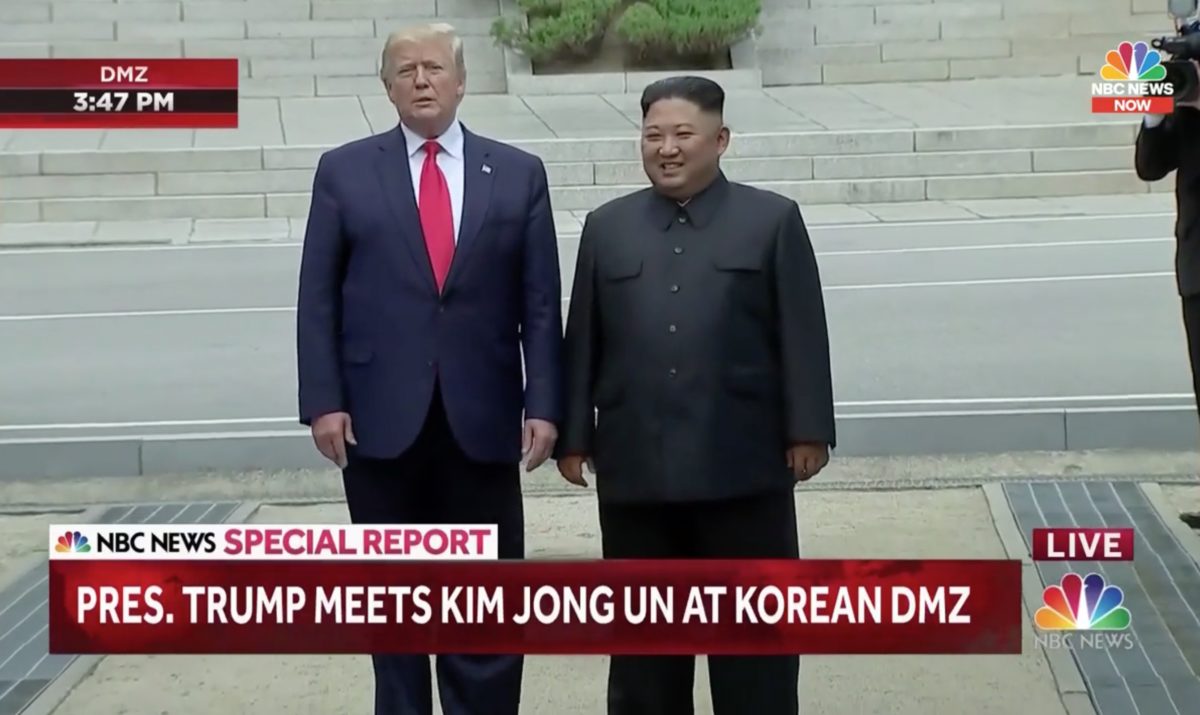 As President Donald Trump came off of his unprecedented visit to North Korea over the weekend, a new report suggests that the Trump administration is thinking about a new arrangement in which the Hermit Kingdom is allowed to remain a nuclear power.

New York Times reports that the White House could be willing to accept a “nuclear freeze” in which they let North Korea maintain their current capacity for nuclear power. This would run counter to the administration’s repeated calls for complete denuclearization, and the Times‘ reporting says that while it could stem the growth of North Korea’s arsenal, it would not “dismantle any existing weapons, variously estimated at 20 to 60. Nor would it limit the North’s missile capability.”

A president embarking on a re-election campaign — and who complained repeatedly on Sunday that he receives no credit from the media for de-escalating tensions with North Korea and for the freeze on underground nuclear tests and test-launches of intercontinental ballistic missiles — would most likely cast this as a victory, as another restraint on Mr. Kim. It would help Mr. Trump argue that he is making progress, albeit slowly, on one of the world’s most intractable crises.

Sources say it isn’t clear if North Korea would accept the terms of the deal as reported, and National Security Advisor John Bolton is responding that he and his team haven’t been involved in negotiating this proposal.

I read this NYT story with curiosity. Neither the NSC staff nor I have discussed or heard of any desire to “settle for a nuclear freeze by NK.” This was a reprehensible attempt by someone to box in the President. There should be consequences. https://t.co/TTRPQkksza