Trump Tweets Excuse For Claiming Border Wall Next to Colorado 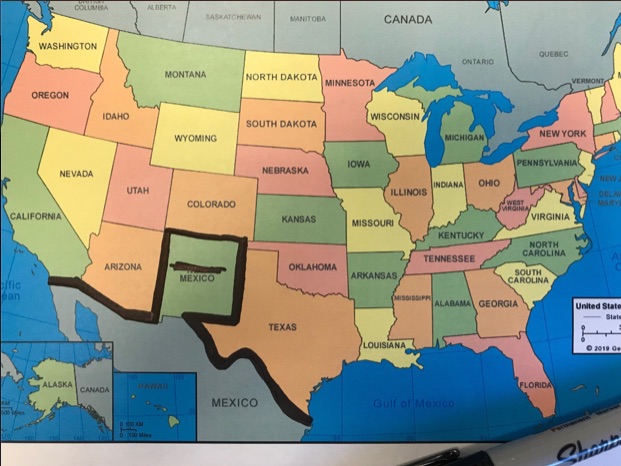 Hours after he completely misplaced Colorado as being along the US-Mexico border, President Donald Trump tweeted a cringe-worthy damage control claim that he was joking — he was not — and that he was actually referring to people from Colorado — which he was also not.

Speaking at an event in Pittsburgh, Pennsylvania earlier on Wednesday, Trump had touted his yet-to-be-built border wall between US and Mexico, but then quickly failed grade-school geography by claiming part of it would run along the border of Colorado. His midnight Tweet attempted to correct his obvious mistake, by claiming that he had made the comment “(kiddingly)” and that he “refered [sic] to people in the very packed auditorium, from Colorado.”

But a review of Trump’s actual speech shows that he was not, in fact, joking at the time and that he definitely was referring to building the actual wall somewhere on the border of Colorado, which, at its closest point, is roughly 400 miles from Mexico.

Trump’s clumsy attempt to cover his mistake may have been prompted by a snarky response from Democratic Senator Pat Leahy, who had posted his own Sharpie-altered map of the United States that helpfully tried to reconfigure reality to match the president’s claim.