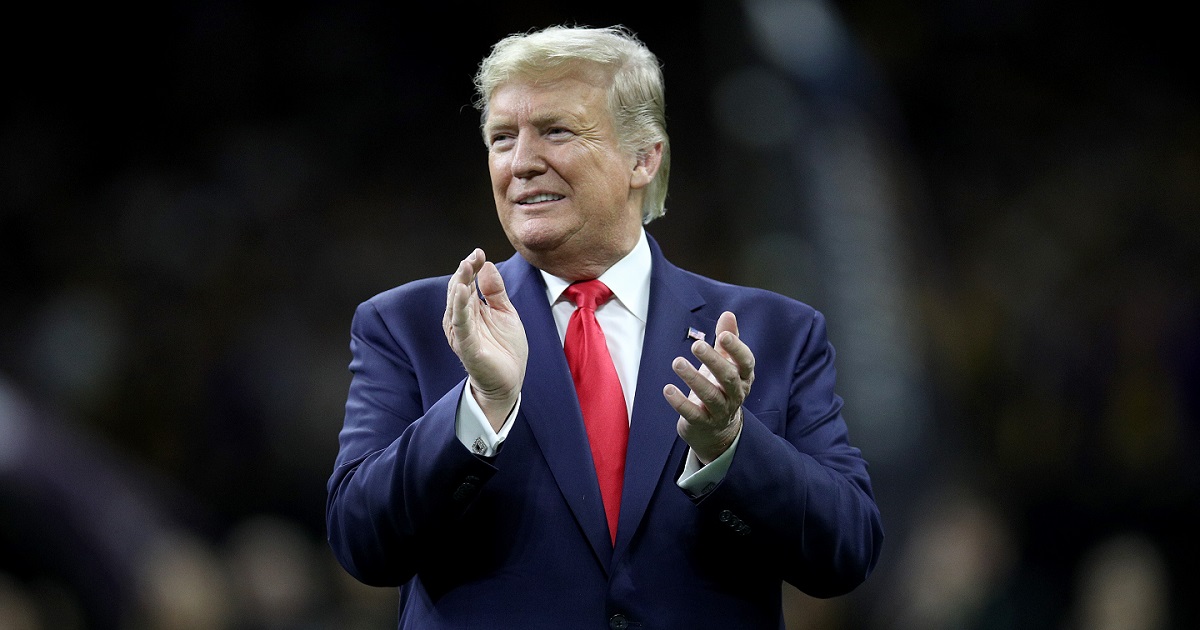 President Donald Trump continued to take an odd victory lap over the stock market’s performance after he declared the coronavirus pandemic a national emergency, tweeting an exuberant boast that was sorely lacking in context, to say the least.

The basis for that claim is the fact that the Dow Jones Industrial Average experienced its largest single-day point gain on Friday (1,985 points), but it was only the tenth-largest percentage gain. And as anyone who has had a pulse for the past week understands, this rise came one day after the largest single-day point drop in history (2,352 points), which exceeded Friday’s gain by a lot.

The tweet is part of a broader end-zone dance for Trump, who also sent a signed copy of Friday’s Dow chart to Fox personality Lou Dobbs.