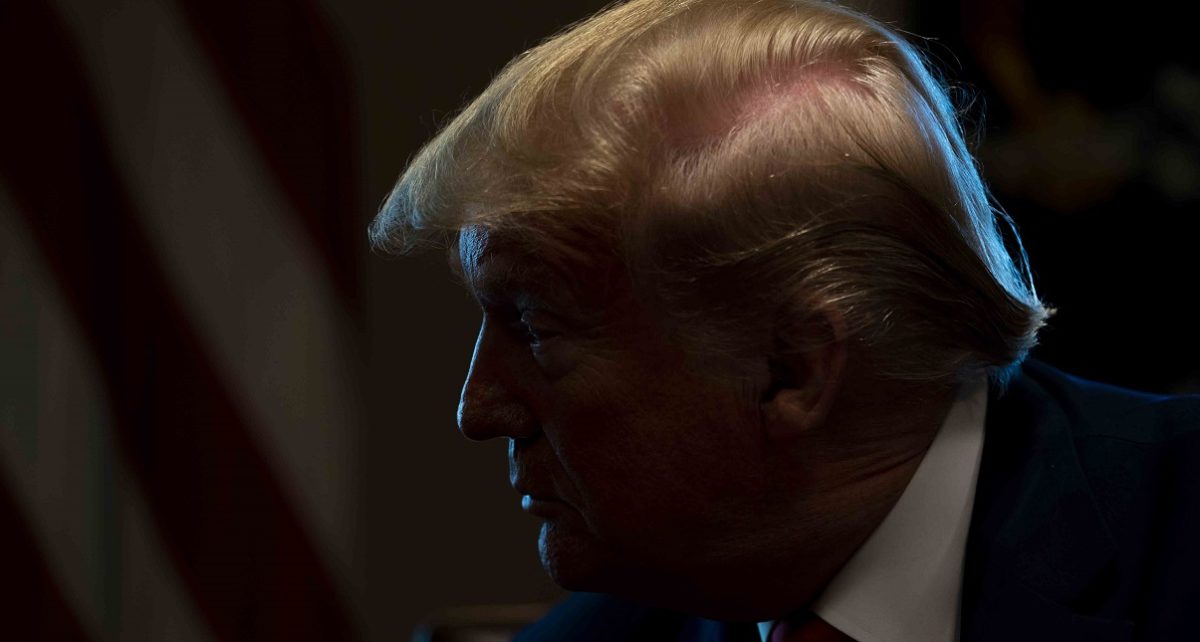 President Donald Trump faced a blistering backlash from prominent Twitter users for his firing of  Michael Atkinson, the Intelligence Community Inspector General, who brought forward the whistleblower complaint that led to Trump’s impeachment.

In the midst of the deadly global coronavirus pandemic, Trump fired Atkinson via a dead-of-night letter that gave no reason for Atkinson’s removal, and which circumvented the required 30-day notice by placing Atkinson on leave for the duration of his tenure.

But journalists, elected officials, and others had pretty clear ideas of their own as to why the firing occurred: retaliation.

.@realDonaldTrump fires Michael Atkinson the watchdog Inspector General who forwarded the Ukraine whistleblower complaint to Congress as was required under the law. Another Friday night massacre of an independent intelligence official

NEWS: The President is removing Intelligence Community Inspector General Michael Atkinson, he told the Hill in a letter today obtained by CNN. It's effective in 30 days.

In the dead of night and in the midst of a pandemic, Trump retaliates against Intelligence Community IG Michael Atkinson for simply doing his job. https://t.co/b0tCeTzYDN

An Inspector General’s job is to investigate and report on waste, fraud, and abuse. Not to be complicit in it.

Michael Atkinson did his job and was fired for it. @Christi_Paul @VictorBlackwell see you shortly on @CNN @NewDay

Why did President Trump, late on a Friday night during thr Covid-19 crisis, Trump fire Michael Atkinson, the intelligence community inspector general who told lawmakers about the Ukraine whistleblower complaint. What is about to happen next? https://t.co/CL0lBRDqGu

Statement from Sen. Schumer: "Whether it's Lt. Col. Vindman, Captain Crozier, or Intelligence Community Inspector General Michael Atkinson: President Trump fires people for telling the truth … Being fired for having the courage to speak truth to power makes him a patriot."

Trumps firing of Michael Atkinson can only be construed two ways; either as an admission of guilt or…oh, right…

.@realDonaldTrump took a break from his colossal, historical incompetence late last night to remind us that he’s a criminal determined to cover up his crimes. https://t.co/xqwMIgH4EZ

Trump’s impeachment distracted him from preparing for a pandemic, but the pandemic did not distract him from firing the man he holds responsible for his impeachment.

The US just recorded the highest single-day death toll in the world- But Trump is more focused on firing people like Inspector General Michael Atkinson and Navy Capt. Brett Crozier for speaking truth. https://t.co/3Us5kClu1s via @businessinsider

Leave it to Trump to use a global pandemic as cover for his retaliation against those who helped bring to light his wrongdoing. Disgusting. https://t.co/1ouEfoTTOH

Trump is expected to appear at a White House Coronavirus Task Force briefing at 3:30 p.m. on Saturday.