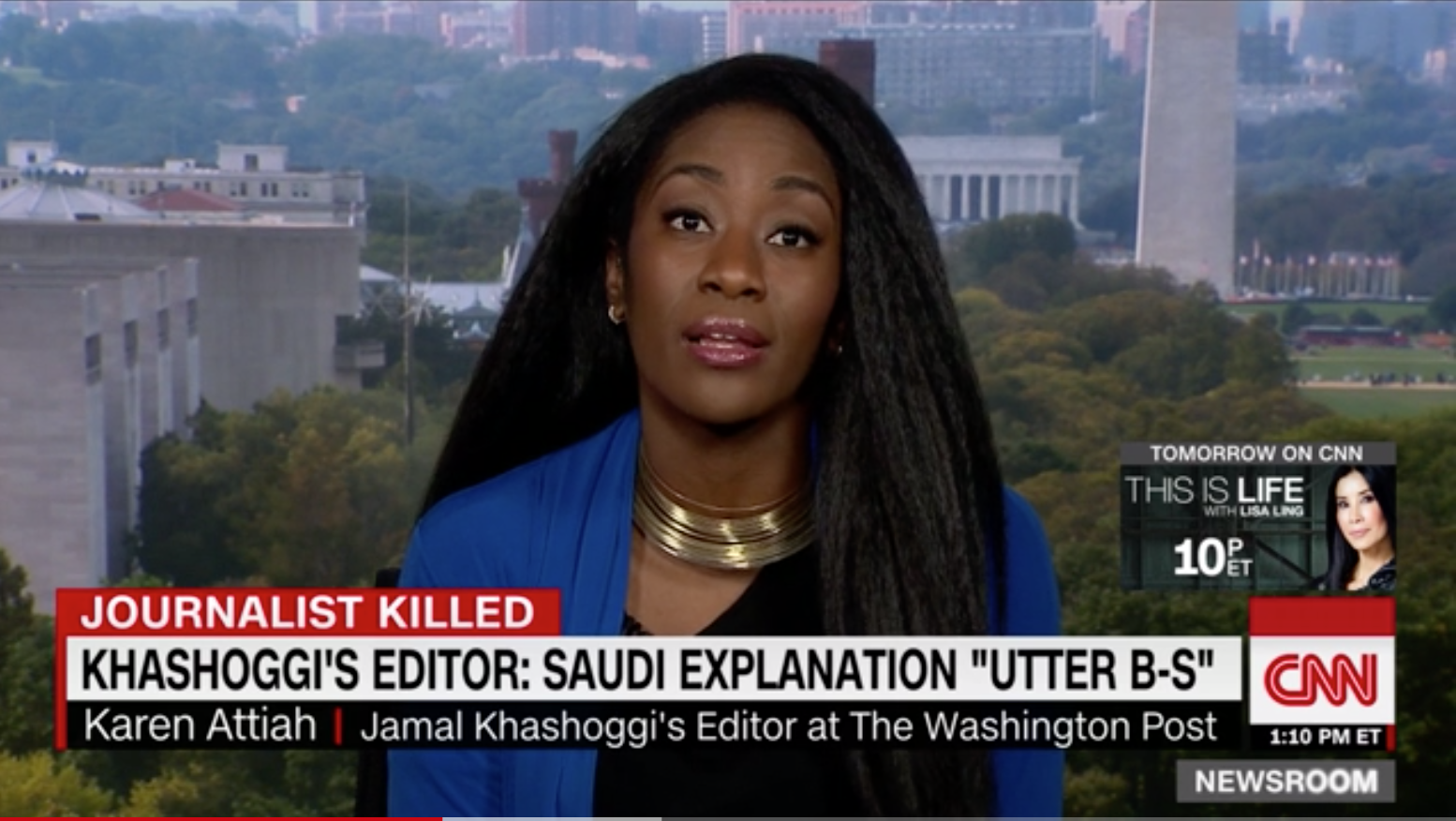 Washington Post Global Opinions editor Karen Attiah on Sunday deleted a pair of Twitter messages suggesting “white women” were “lucky” no one was calling for “revenge.”

“White women are lucky that we are just calling them ‘Karen’s.’ And not calling for revenge.” Attiah wrote on Sunday evening, after citing “the 1921 Tulsa Massacre,” the “murder of Emmet Till,” and “53 percent of white women voting for Trump.” She added in a follow-up tweet, “Be happy we are calling for equality. And not actual revenge.” 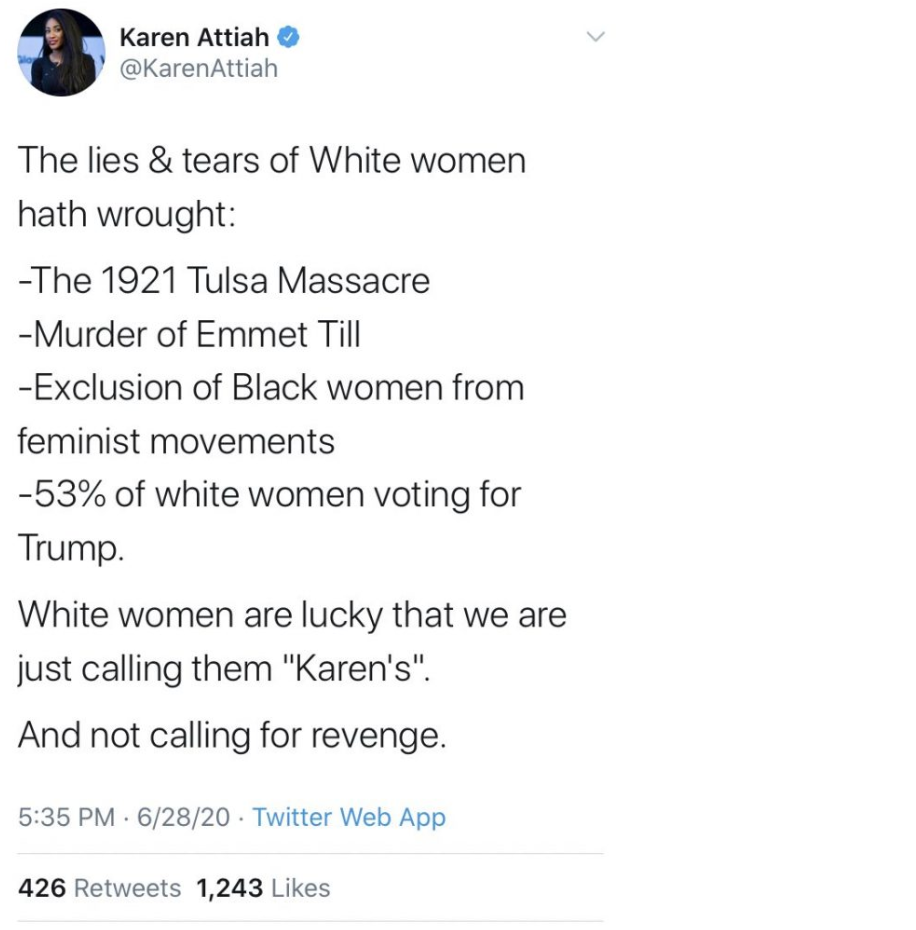 Attiah, who was Jamal Khashoggi’s editor, subsequently deleted both messages.

On Monday morning, Attiah retweeted a message that said, “When I tweet something and then delete it, it’s not because I regret it.” She added the comment “Same,” but did not offer further explanation.

The Washington Post did not respond to requests for comment, though its social media policy prohibits employees employees from weighing in on matters that might reveal racial bias, stating, “Post journalists must refrain from writing, tweeting or posting anything – including photographs or video – that could objectively be perceived as reflecting political, racial, sexist, religious or other bias or favoritism.”