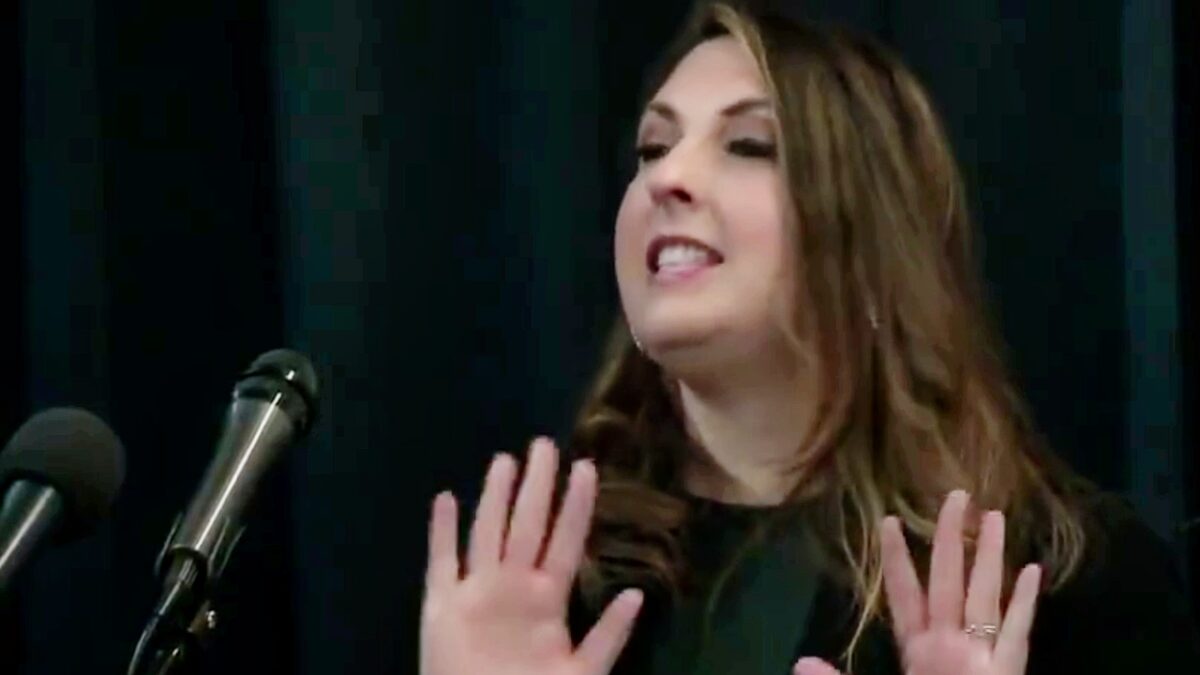 Republican National Committee Chair Ronna McDaniel scrambled to tamp down concern over false claims of election rigging when a voter asked her why people should participate in the Georgia runoff if the election is “already decided?”

President Donald Trump’s months-long campaign to undermine confidence in election results has escalated in the weeks since Election Day — and his defeat at the hands of President-elect Joe Biden — and appears to have been effective at convincing at least one Georgia Republican that voting in the hotly-contested Jan. 5 Georgia runoff would be futile.

CNN’s Ryan Nobles tweeted video of an exchange between McDaniel and the voter, in which McDaniel first responds to a man alleging vote-switching by saying “We didn’t see that in the audit, so we’ve got to just, that evidence, I haven’t seen. So we’ll also wait and see on that.”

“How are we going to miss money and work when it’s already decided?” a woman asks, as McDaniel exclaims “It’s not decided, this is the key. It’s not decided!”

Here is video from one of the exchanges. A supporter asks why the RNC is not looking into the allegations with the voting machines. McDaniel stated flatly there is no evidence of that.
Then someone asks why they should vote in this election when it’s “already decided”. pic.twitter.com/gzDXB7OfEK

Mocking Dem candidate @ReverendWarnock– McDaniel tells the crowd not to be swayed by Warnock’s ads with his dog.
“Just because there is a nice looking man with a dog licking his face- that doesn’t mean we should vote for him.”

McDaniel now taking questions from supporters.. and they are ALL about Trump’s claims the election was run fraudulently.

Supporters in Marietta ask Ronna McDaniel about the status of ongoing recount efforts across the country— McDaniel says, “Wisconsin is still in their recount mode, and they’re finding some pretty serious irregularities… in Georgia, this consent degree really hurt your election”

McDaniel says that she’s focused on electing Loeffler and Perdue in January, prompting a member of the audience to shout “and Donald Trump!”

“We’ve gotta focus on January 5th right now,” McDaniel says. “We can focus on those other things later.” A bunch of people start shouting

Trump devoted a chunk of his combative Thanksgiving press conference to baseless and false allegations about the election in Georgia.