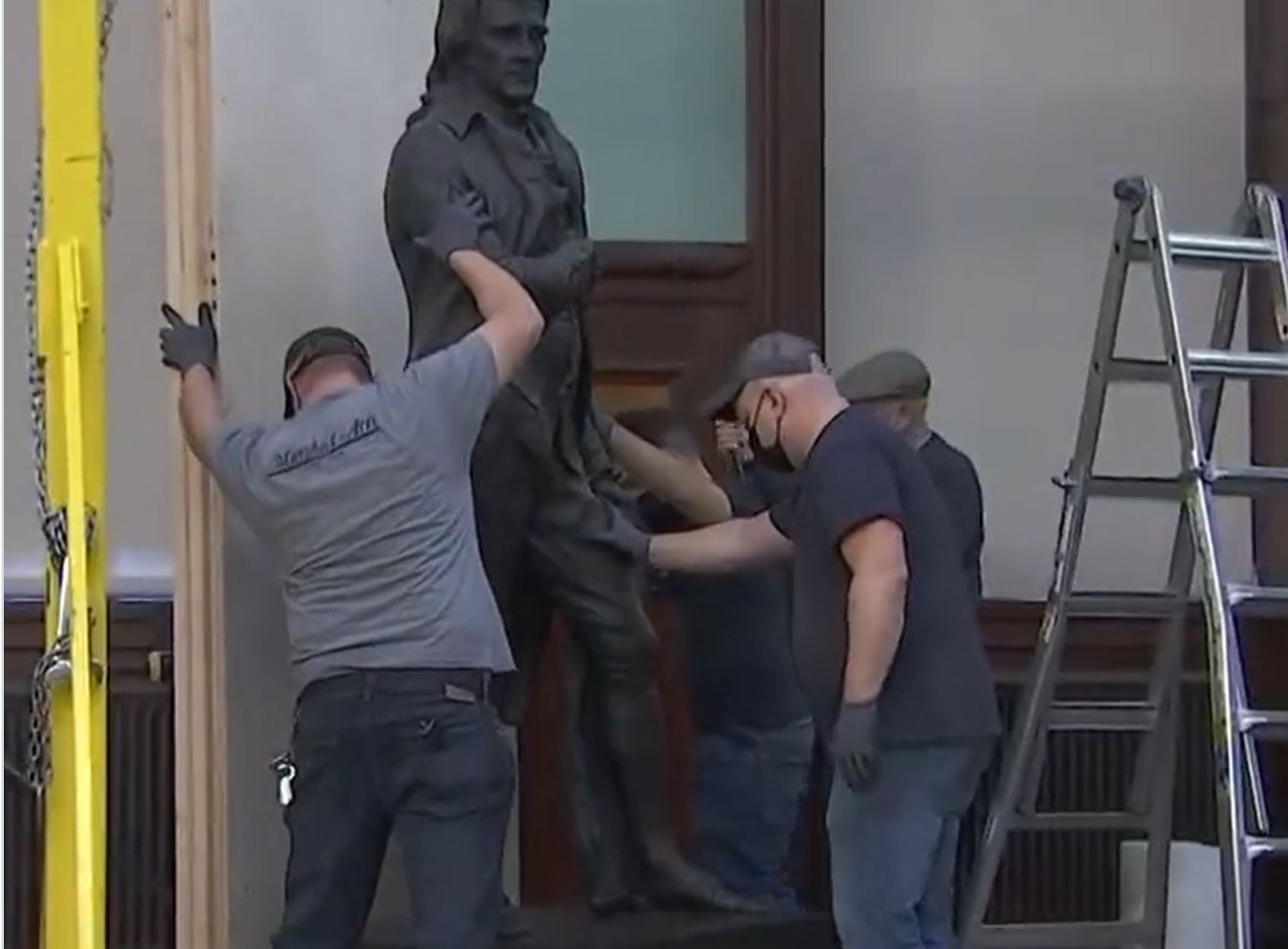 A statue of Thomas Jefferson, one of the nation’s founding fathers and third president, was removed from New York City Hall on Monday where it had been on display for nearly two centuries.

The statue’s removal was the result of the city’s Public Design Commission voting to exile the likeness to the New York Historical Society due to the fact that Jefferson once owned slaves.

The removal of statues honoring Confederate generals and historic figures linked to atrocities has been a major issue in American politics in recent years. However, instances of former presidents and founding fathers being targeted have been rare.

A statue of Thomas Jefferson, who was the third president of the United States, has been removed from New York City Hall after a unanimous vote by a committee, because of his links to the slave trade.

The vote split members of the New York City Council.

“Each day it is allowed to linger there serves as a reminder to our members of the horrors perpetrated against Blacks and Indigenous Peoples by revered figures – like Jefferson – who were instrumental in America’s creation, but also known practitioners of slavery that espoused white supremacist belief,” the city council’s Black, Latino, and Asian Caucus said in a statement after the vote to remove the statue in mid-November.

“This is a vote to sideline history,” Staten Island Republican Councilman Joe Borelli told The New York Post. “That Jefferson is holding the bill of rights in the very statue is lost on those who have benefitted from his contribution.”

The Post also reported that Keri Butler, executive director of the Public Design Commission “that voted to banish the statue, at first tried to block the press from witnessing its removal. Butler relented after members of the mayor’s office and City Council intervened.”

The 1833 statue is a replica of a bronze statue by sculptor Pierre-Jean David that is still on display in the Capitol Rotunda in Washington, D.C.