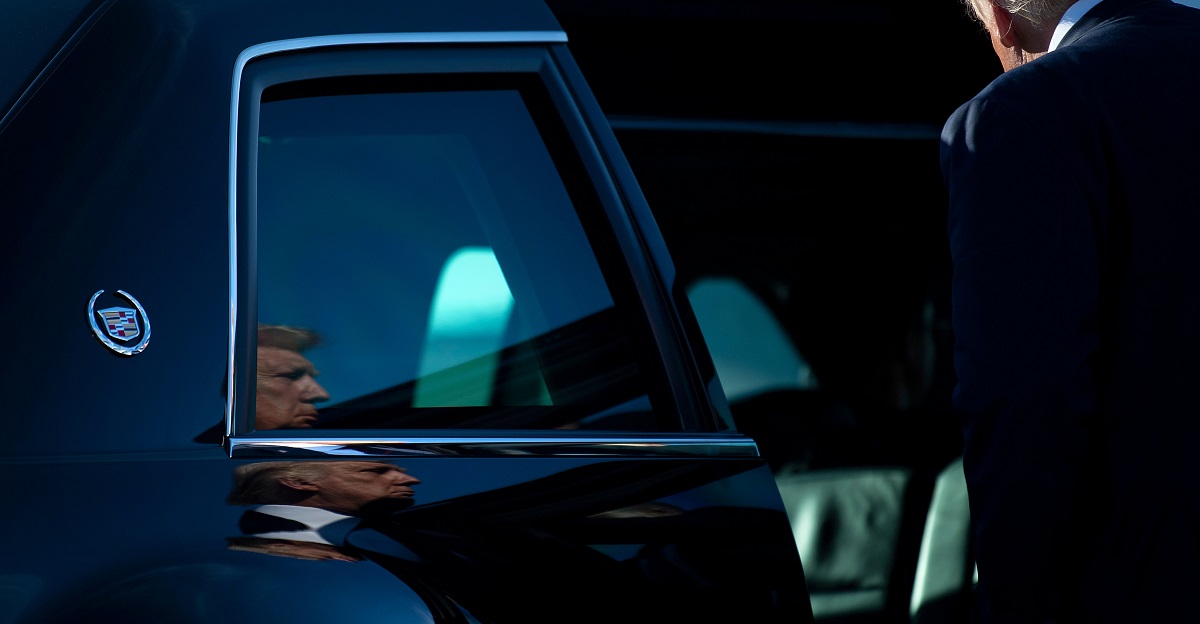 An official White House pool report colorfully described the sendoff President Donald Trump received on his way to a rally in New Hampshire, noting Trump was saluted by “far too many middle fingers to count” from protesters who lined Pennsylvania Avenue.

On Friday, Yahoo! News White House correspondent Hunter Walker drew the responsibility of submitting pool reports to the White House press office for distribution, and delivered a vivid portrayal of Trump’s trip to Joint Base Andrews, where he would depart for Manchester, New Hampshire:

One fingered salutes along Pennsylvania Avenue

The president’s motorcade moved down Pennsylvania Avenue on a route that took us past throngs of protesters who are presumably here for the events marking the anniversary of Rev. Martin Luther King Jr.’s March on Washington.

Many of the protesters along the avenue greeted the motorcade with raised middle fingers. There were far too many middle fingers to count. Several of the peope in the crowd opted to raise both of their middle fingers in a double barreled one finger salute.

Some of the protesters waved signs. A few that were clearly legible read “BLM” and “BLACK LIVES MATTER.” One man’s sign that was visible from the motorcade said, “WHITE SILENCE = BLACK DEATH.”

Reuters editor Corinne Perkins posted a photograph of the scene:

People gesture towards the motorcade carrying U.S. President Donald Trump as he departs the White House in Washington. Photo by ⁦@erinscottphoto⁩ pic.twitter.com/BDXLx0EuFG

It was a different story in Manchester, as Walker reported in a later dispatch that noted the lack of mask compliance from the “eager crowd”:

After a brief ride along the tarmac, the pool disembarked at about 6:48 pm. POTUS is still on board.

Along the way, we caught a glimpse of an overflow crowd outside the hangar where POTUS is set to speak. They were packed in together and clearly not socially distant.

Inside the hangar, another large, packed crowd is awaiting for the president. They were treated to a view of Air Force One rolling up to the sound of the Creedence Clearwater Revival’s classic hit “Fortunate Son.” The pool could faintly hear the song from on board the plane.

That song was followed by another Trump rally staple “House of The Rising Sun.”

We are making our way through the crowd now. Many are smiling and waving. Some are masked.

Pool is now setup and awaiting POTUS’ departure from Air Force One, which is parked across from the eager crowd.

Interestingly, White House pool reports have noted the presence of a middle finger 23 times since Trump took office, while during the presidency of Barack Obama, only six such reports were distributed by the press pool.