Aaron Schock Is the Worst Collection of Millennial Stereotypes in Politics 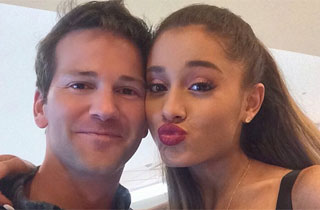 Last Friday, Rep. Aaron Schock (R-IL) addressed the stories about his spending habits, in which he was accused of accepting lavish gifts and free flights on private jets paid for with his Congressional funds and his PAC money. An AP story revealed that his extensive international travel, well-documented on his selfie-studded Instagram, contained more clues to over-the-top spending with his political accounts: staying in five-star hotels, buying interns tickets to Katy Perry concerts, and taking his staffers on free trips where little government work was accomplished.

In a quiet press conference announced in the Friday news dump, with no national media invited, Schock said that he’d hired a third party to look into his spending and retroactively report what could amount to hundreds of thousands of dollars worth of freebies. “I get the fact that for a lot of people that seems out of touch and unnecessary,” he said, according to the Peoria Journal-Star.

Sorry, congressman, this story’s not over. Because there’s something notable buried in his habits, and in his initial belief that he could brush off initial ethics inquiries with “haters gonna hate.” And that notable thing is: though he’s widely considered the GOP’s secret weapon in attracting the nonpartisan swing demographic the party wants to retain, Aaron Schock is every awful, Boomer-created, millennial stereotype, distilled into a human being and elected to the U.S. House of Representatives.

By virtue of being born in 1981, Rep. Schock is technically a millennial, and proudly uses that label to describe himself. “I don’t think everybody in Congress or that runs for office has to be young to get the youth vote,” Schock, the third youngest member of Congress, once told S.E. Cupp. “But I do think a younger person has an advantage when they walk onto a college campus or an employer with young people in the office.” Oddly, the vast majority workplace-oriented article written by non-Millennials displays some sort of animosity towards this generation, calling them “immature and entitled” — and here is where we begin.

Naturally, the first example of his awful Millennial-ness would be his judicious use of selfies and Instagram to show off the cool places he’s been and the cooler people he hangs with. (See: this NYMag article referencing the number of headlines containing the words “Schock” and “selfie”.) But in an age where even the oldest politicians are willing to take selfies with their constituents, it’s not just the selfies. It’s the fact that Schock carefully composes his selfies, sometimes with his own personal photographer, in order to perfectly maintain his image. It’s the fact that his Men’s Health cover is the Congressional equivalent of dudes taking post-gym mirror selfies. It’s the fact that very few politicians would go out of their way to take a selfie while on a hang-glider (sorry, parasail), or hanging out with Ariana Grande, or doing a jump-shot in Patagonia.

Speaking of which, Schock’s penchant for travel is a completely millennial thing: a Harris Poll report recently found that Millennials want to spend more on experiences than they do on material stuff. With a default salary of $174,000, Schock certainly out-earns his peers, and the bachelor could possibly afford to take some nice vacations to Hawaii and stay in the Fontainebleau once in a while. But the fact that he’s willing to dip into federal coffers for such travel — he chartered a private plane to fly his friends to a Chicago Bears game and charged $24,000 to his House account — feeds into that other terrible stereotype: that Millennials spend too much of their parents’ money and can barely keep track of their own finances. Except in this case, the parents are taxpayers.

But what nailed it for me was how Schock responded to the scandals — first by actually quoting Taylor Swift‘s “Shake It Off”, then by admitting in his recent press conference that he understood the bad optics his Instagrams gave him — before saying that he was, essentially, Trying to Do Him: “I have tried to balance being a young congressman and doing things differently and more open with maintaining a level of seriousness on the issues of the day.I know some days I have failed at this.”

Let’s be serious for a moment: a politician should never, ever, ever address legitimate criticism about his decorum by responding with “Haters gonna hate.” This is a term exclusively reserved for struggling artists, high schoolers learning to deal with bullies and gain self-confidence, and animals riding see-saws. Frankly, no public figure subjected to serious criticism about their ethics should ever respond with the phrase “haters gonna hate”. It indicates that they view the thing they’re being criticized for — in Schock’s case, accepting $40,000 in gilt-covered frames and vases of pheasant feathers — should be taken as seriously as this:

But more importantly, as a congressman, Schock should have realized that his life was no longer exclusively about the #schockbrand. It’s the attitude that eventually got Eric Cantor, the former House Majority Leader, booted out by an upstart professor; and it’s the attitude currently ticking off the residents of Schock’s district.

(And to all the politicians, businessmen, and public figures who think about saying “haters gonna hate” in defense of awful stuff: no. Don’t do it. Just don’t. )

Non-Millennials have a habit of calling this generation “entitled” and “narcissistic,” and what I’m about to say truly makes my stomach churn, since this is not a generalization I like to use in describing my generation, nor is it one I willingly want to stick Schock with. Hell, there needs to be more Millennials in Congress, but ones that demonstrate other millennial virtues — tech-savvy, ambitious, and striving to be self-sufficient — while not sabotaging their goals with extreme instances of millennial vice.

And behind Schock’s iPhone 5 — or a Samsung Galaxy, we don’t know what phone the congressman uses to take his selfies — lies a public figure, whose self-imposed blindness to how irresponsibly he reacted to these criticisms embodies the worst stereotypes Millennials get pegged with.