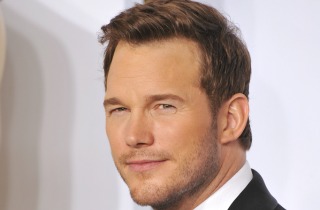 You know how sometimes actors say controversial things and then have to issue several big apologies and ask for forgiveness? Well, Guardians of the Galaxy star Chris Pratt is taking the initiative and apologizing for something he hasn’t even done yet.

Pratt engaged in some light-hearted mockery of the typical celebrity apology tour last night by issuing a lengthy pre-apology for whatever controversial thing he might say on the press tour for Jurassic Park.

And while Pratt was making a general commentary and was presumably not referring to any particular people, one of his Marvel movie brethren got in trouble for controversial comments he made on the Avengers press tour.

Pratt posted his entire mock-apology on Facebook, and you can read it here:

I want to make a heartfelt apology for whatever it is I end up accidentally saying during the forthcoming ‪#‎JurassicWorld‬ press tour. I hope you understand it was never my intention to offend anyone and I am truly sorry. I swear. I’m the nicest guy in the world. And I fully regret what I (accidentally will have) said in (the upcoming foreign and domestic) interview(s).

I am not in the business of making excuses. I am just dumb. Plain and simple. I try. I REALLY try! When I do (potentially) commit the offensive act for which I am now (pre) apologizing you must understand I (will likely have been) tired and exhausted when I (potentially) said that thing I (will have had) said that (will have had) crossed the line. Those rooms can get stuffy and the hardworking crews putting these junkets together need some entertainment! (Likely) that is who I was trying to crack up when I (will have had) made that tasteless and unprofessional comment. Trust me. I know you can’t say that anymore. In fact in my opinion it was never right to say the thing I definitely don’t want to but probably will have said. To those I (will have) offended please understand how truly sorry I already am. I am fully aware that the subject matter of my imminent forthcoming mistake, a blunder (possibly to be) dubbed “JurassicGate” is (most likely) in no way a laughing matter. To those I (will likely have had) offended rest assured I will do everything in my power to make sure this doesn’t happen (again).

So take that, whichever person/group he ends up offending! He just outmaneuvered you at your own game!