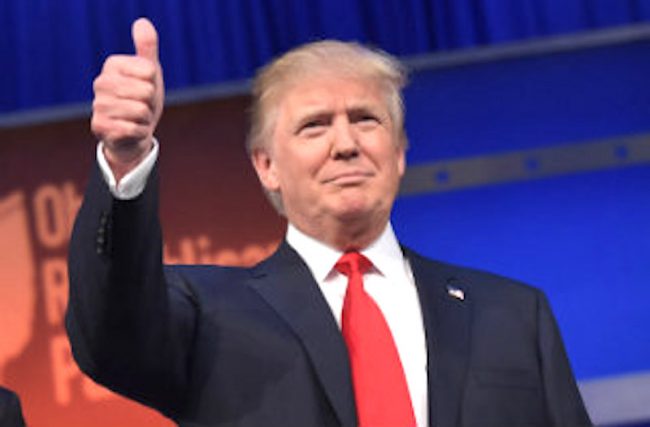 While he seems like a nice guy, I am no fan of Jeffrey Lord’s work blindly defending Donald Trump over the past two years on CNN. To me, he has been the saddest of all the Trump television sycophants. He’s old and smart enough to know better, but he simply couldn’t resist making a deal with the devil in exchange for his soul.

Now, after having been fired by CNN over a harmless and totally overblown Twitter incident, it appears that Lord’s days in the media limelight are over and he will have very little to show for his sell out. He will now be remembered, to the extent that he will be, solely as the guy who would almost literally defend Donald Trump if he took a “dump on the desk.”

Lord’s firing was not only unjustified (he was very clearly mocking Nazi-like behavior, not saluting it), but also very dumb strategically by CNN. For a network which has been the focus of enormous outrage by the President himself for their supposedly unfair coverage of him, getting rid of Lord for obviously trumped-up reasons, right after forcing Kayleigh McEnany to join “Trump TV,” plays right into the hands of Trump cheerleaders like Sean Hannity who are desperately trying to discredit CNN’s journalism.

Now, Trump fans will have an even easier time dismissing anything negative CNN reports about Trump because, after all, they won’t even let pro-Trump commentators on their network and fire them for made-up reasons. Nice job CNN.

The other aspect of Lord’s firing which is interesting deals with the utterly remarkable series of career problems which have beset pro-Trump media personalities since he has taken office. You would think that being a prominent public supporter of a guy who miraculously became president (and who loves watching people defend him on television) would have lots of perks, with job security being one of them. There have been many dramatic examples in much less than a year, however, which indicate that with Trump the exact opposite is the case.

Here is a list, in no particular order, of the ten most well-known media personalities who, at least at times, have been openly supportive of Trump, and yet have endured significant career setbacks during his term in office:

Jeffrey Lord: Fired from CNN for tweeting “Sieg Heil” in response to what he felt were fascist tactics.

Tomi Lahren: Fired from The Blaze for general insincerity and diva-like behavior.

Bill O’Reilly: Unceremoniously removed his long-time throne at Fox News, just after receiving public support from the president, over claims of sexual harassment.

Andrew Napolitano: Former judge who Trump, while president, called a “very talented legal mind” was suspended from Fox News for his debunked attempt to substantiate Trump’s apparently false claim of being “wiretapped” during the campaign.

Greta Van Susteren: Pro-Trump during the campaign, she lost a power struggle at Fox News in the wake of the Roger Ailes exit, went to MSNBC and, stuck without an audience there and trapped by her previous support of Trump, was quickly fired.

Anthony Scaramucci: One-time Trump critic turned Trump super fan who used his TV performances to get the job of White House Communications Director… for about eleven days before being removed from the job and the property.

Milo Yiannopoulos: “Resigned” as an editor from Breitbart.com and lost his Simon & Shuster book deal over old online video of him seemingly (not really) promoting pedophilia.

So, what is really going on here? As a “Never Trump” conservative who disdains those who sold out to Trump for personal gain, I would love to think that there is some sort of cosmic karma at work here, but I don’t believe in such things. More likely, we have a combination of factors at work.

One of them is that those who lacked the personal character to refrain from selling out to Trump are simply being exposed, thanks in part to the greater scrutiny of the spotlight, as bad people. I take great joy in this development.

A second is that turmoil at Fox News has triggered a seismic shift in the landscape there, thus causing some of what is going on to be mostly coincidental and not directly related to Trump.

The third, and most intriguing, influence here is that there really is a “Reverse Midas” effect with regard to Trump. Instead of everything he touches turning to gold, everyone who gets too close to him eventually has something really crappy happen to them.

We had already seen this phenomenon in relation to Trump before his presidency (his ex-wives, failed casinos, the many people who sued him, the USFL, Trump University, Billy Bush, etc.), so it shouldn’t be a surprise that it would manifest itself in an even greater magnitude now that he is our president.

The fact that it is occurring so dramatically within his favorite medium, however, is one of the few satisfying aspects of this train wreck which allows some of us to endure it all while still remaining mostly sane.