After First Saying Trump Would Only Play ‘A Few Holes’ of Golf Sunday, WH Spox Forced to Admit it Was More

After First Saying Trump Would Only Play ‘A Few Holes’ of Golf Sunday, WH Spox Forced to Admit it Was More 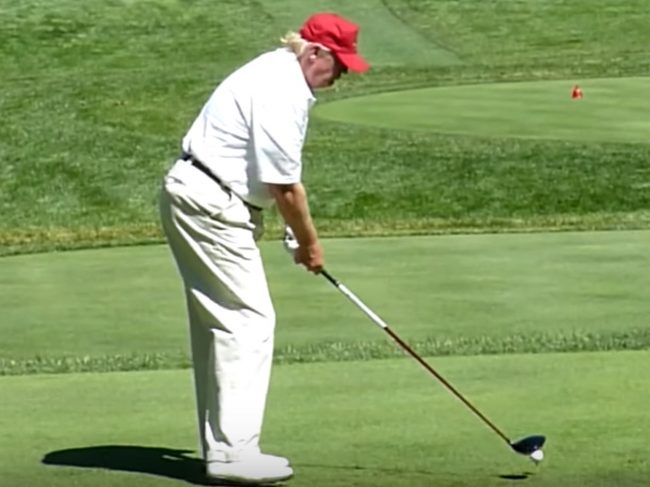 The White House was forced to backtrack off an initial statement that President Donald Trump played just a “couple of holes” of golf on Sunday, following a report that he played a full round.

According to the golf website No Laying Up, one of Trump’s playing companions — four-time major champion Rory McIlroy — said that the President played a full round at his golf course in West Palm Beach, FL.

Following the No Laying Up report, White House spokesperson Sarah Huckabee Sanders said that the President “decided to play a little longer” than the few holes he originally intended.

At issue here is the amount of time Trump was on the course. A “couple of holes,” as the White House initially said, likely would’ve taken less than an hour. Whereas a complete round probably would’ve gone in excess of four hours, at a minimum.

In his first 32 days as President, Trump has golfed six different times — including, according to The New York Times, a 27-hole outing with Japan Prime Minster Shinzo Abe last week at two different Trump courses.

Prior to running for President, Trump regularly criticized then-President Barack Obama for being on the golf course too often.

President Obama has a major meeting on the N.Y.C. Ebola outbreak, with people flying in from all over the country, but decided to play golf!

We pay for Obama’s travel so he can fundraise millions so Democrats can run on lies. Then we pay for his golf.