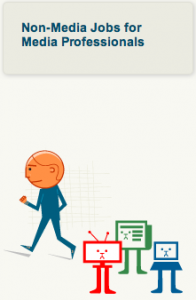 With the decline of “traditional” journalism, established media figures have seen their salaries deflate and potential promotions disappear. Fearing a total collapse, many journalists have swapped decade-long careers for entry-level positions in other industries.

Kansas City Star Metro columnist Mike Hendricks felt the pinch and decided to try his hand in the arid job market by sending out a “feeler” in response to a typical PR job posting. Regrettably, Hendricks took a bit of a pompous tone in his email, noting that he wasn’t looking for “some minor league position” and stressing that he was “not looking for a pay cut.” He was equally “unpolished” (his word) in a follow-up and he caught the ire of the PR employee on the other end of his crass pretension.

The entire uncomfortable saga wound up on The Bad Pitch Blog, who proceeded to tear Hendricks apart, calling him his email “the crown jewel of all bad pitches” and describing Hendricks as a “hack who deserves nothing more than to be outed for his extreme awfulness.” Even Bad Pitch readers found the public roasting of Hendricks to be a tad harsh and took to the comments to condemn the viciousness of this potentially career-destroying embarrassment.

In a follow-up interview with Poynter Online, Hendricks admitted his tone was arrogant, but stopped short of apologizing for his letters. And though his editor at the Star insists they’ve “moved on,” the columnist can not be feeling any more secure in his job than before this ordeal began.

Now, Hendricks is infinitely more Google-able, though his reputation won’t bode well for his job prospects. He probably would have been better off checking out our own jobs board which features a section designed specifically to help find non-media jobs for media professionals. Mike, if you’re out there, give this thing a spin and let us know what you find!