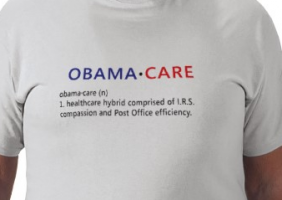 Opponents of White House efforts to reform the nation’s health care system have coined the term “Obamacare” as an effective pejorative against President Barack Obama‘s intentions. But with the recent passing of Senator Ted Kennedy, the left appear to be fighting back with their own, more honorary term for health care reform – “Kennedy-Care”. As the participants in this debate retreat to their corners for Labor Day vacations, will we see a shift in the lexicon and will it matter?

As the summer news slump comes to an merciful end, news producers, reporters and writers will be on the hunt for a new angle to pursue in this evolving story. And while many the story of how Senator Kennedy’s death will affect the Health Care debate has been widely reported, keep and eye on the all important television pundits. Whether or not the term “Kennedy Care” ends up as a common phrase just may have a huge effect on the nation’s future health care system.