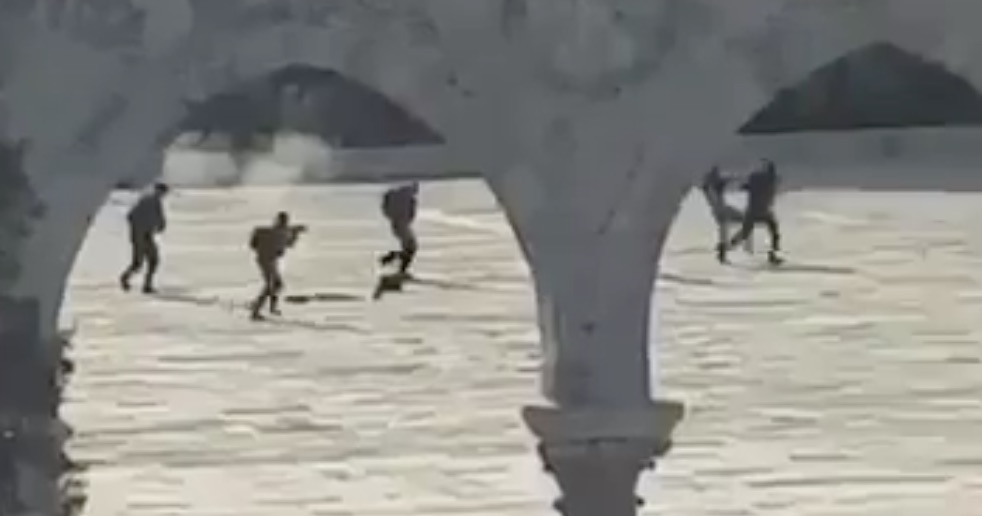 However, if you only got your news from Al Jazeera, you’d hear a different story:

Of course, even they have to admit in the article that the Palestinians that were killed in the attack just so happened to be the gunmen, but not before writing this as their sub-headline:

“Allegedly,” as if there’s room to debate that these Palestinian terrorists didn’t shoot up the Old City.

This isn’t the first time that Al Jazeera tried spinning a terrorist attack to make Palestinians the victims. In 2015, the news organization tweeted this in the wake of an attack:

If this was the first you read about this attack, you’d feel sick to your stomach about the shot Palestinian, right?

Well, it turns out that the Palestinian caused that fatal stabbing that killed the two Israelis and he injured a mother and her son before he was shot dead by Israeli police. But the way Al Jazeera managed to twist reality in such a tweet is quite remarkable, especially when they made the terrorist the centerpiece victim and made the actual victims secondary when they said that two Israeli victims were “also“ killed.

Yair Rosenberg of Tablet Magazine made a great analogy of how warped the truth was in Al Jazeera’s initial tweet.

Due to the heavy criticism Al Jazeera faced at the time, they issued an editor’s note saying the following:

Many people in our audience have pointed out that the tweet appears to minimise the killings of the Israeli victims and leaves out the context that the Palestinian man was their attacker.

This criticism is valid and we regret the wording of a tweet written under the pressure of breaking news. The story on the site was briefly headlined with similar wording, which we amended in an update.

Al Jazeera depends on accurate reporting and strives to promptly correct all errors of fact and misjudgements in tone.

We are committed to accountability and transparency and are grateful for this feedback.

We encourage our audience and others to identify and report our mistakes.

Actually, I take that back. It’s not a mistake. A mistake implies you did something accidentally or unintentionally. The intention was clear and that was to paint the Palestinian terrorists as the victims and to paint Israelis as the oppressors. You’ve done it before. You just did it again. And you will continue to do it in the future.

Other news outlets have been guilty of doing the same when it comes to reporting terrorist attacks specifically in Israel (BBC News, The Associated Press, The Guardian, MSNBC just to name a few), but Al Jazeera has made twisting the truth into an art form. And I applaud them.

If you want fake news, look no further.