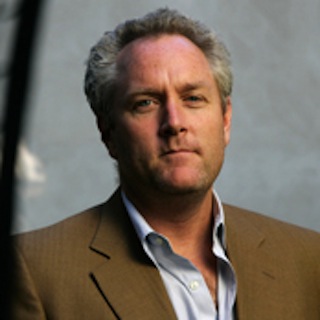 When the newest (and most graphic) photo of Rep. Anthony Weiner was posted online today, the strangest thing wasn’t that we were seeing a picture of a Congressman’s genitals. In the digital age, seeing naked images of public figures is sadly (or not, depending on the public figure…) really not that shocking any more. No, the strangest thing was that, less than 12 hours earlier, a lengthy post had gone up at the Daily Caller in which Andrew Breitbart had said he wasn’t going to release the photo. So, what happened? Did he change his mind? Apparently not as he told Fox News that the radio hosts who tweeted the image, Anthony Cumia and Gregg “Opie” Hughes, had commited a “complete violation of [his] trust.” (UPDATE at bottom)

Breitbart told Fox News’ Eric Shawn that he was “mortified” (probably not as much as Weiner, eh?) and continued:

“This is the first time that someone surreptitiously grabbed a photo of it. This is a complete breach of our arrangement that the photo would not be made public. It was a complete violation of trust.”

Below watch the clip from Fox News:

For their part, Hughes and Cumia don’t seem to be denying this. Hughes tweeted out a YouTube video in which he explained his side of events. In it, he explains that they had to work hard to persuade Breitbart to even just show it to them. However, he says that he always intended of grabbing a spapshot of it but was thwarted by Cumia who thought that was a bad idea. Fortunately or unfortunately depending on your view, a listener grabbed a screen grab of it from a the show’s video live feed and then it was a “race” to see who could tweet it out “the fastest.”

Though, while they may have been in a rush to get it out there (and the massive amounts of tweets that everyone involved on the show sent out with it shows that they were quite excited with their scoop), Hughes appears to be a little regretful in going against Breitbart’s wishes.

What are you gonna do is right. Whoever wanted the picture out there, it’s out there now and it isn’t going away.

UPDATE: Breitbart has released a lengthier statement on BigGovernment which also includes a comment from Cumia which is similar to that of Hughes’. Below is that full statement:

“Earlier today, a photograph resembling one that I had withheld from publication in the Weinergate saga was released without my knowledge or permission.

Prior to the publication of our story on BigGovernment.com and BigJournalism.com this past Monday morning, it was necessary to show the pictures I had received from our source to several news producers, including several at major news networks, to prove that the additional material I described really did exist, which some have continued to doubt.

This morning, I showed a photograph, which our source claims Weiner sent her, to radio hosts ‘Opie and Anthony’ of the Sirius XM radio network on my mobile device. Somehow, without my knowledge or permission, apparently a picture was taken of my mobile device, and subsequently published by Opie (Gregg Hughes) on Twitter.

‘In regards to the photo of Anthony Weiner that was leaked by members of The Opie And Anthony show on 6/8, I want to make it clear that Andrew Breitbart had no knowledge that this photo was being made public. A phone with the photo was being displayed and a camera in the studio caught it. It was then uploaded to twitter [sic], again, without Andrew Breitbarts [sic] knowledge.’

I regret that this occurred.”