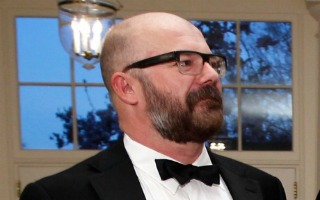 On Tuesday, Daily Beast columnist Andrew Sullivan examined how former Massachusetts Gov. Mitt Romney’s Mormon faith would influence his foreign policy preferences. In that post, Sullivan questions how America’s role in the world is viewed through “a Mormon president’s eyes,” given Mormonism’s theological view of the United States as divinely inspired. But Sullivan’s piece is incongruous when viewed alongside a post he wrote excoriating former Pennsylvania Sen. Rick Santorum for his attack on President John F. Kennedy’s interpretation of his, and Sullivan’s, Catholic faith.

Sullivan performs a thorough examination of a 1987 statement by then-Mormon president Ezra Taft Benson who wrote “We, the blessed beneficiaries of the Constitution, face difficult days in America, “a land which is choice above all other lands” (Sullivan’s italics).

Any view of America as an exceptional nation has been known to make foreign policy analysts uncomfortable — and Sullivan is an accomplished analyst of America’s international affairs. That Benson adds a religious component to that already maximalist view of American exceptionalism is especially troubling for those mistrustful of anything but a secular view of governance and foreign relations.

In Sullivan’s post, “Did Jesus Foresee the Constitution” he sees Mormonism compounding the unforeseen and morally ambiguous scenarios Romney would face as president.

“For Mormons, the Constitution was a necessary great prologue for the real endeavor: the restoration of the Gospel, i.e. the triumph of Mormonism over other forms of Christianity,” Sullivan writes.

He says that Mormonism is “the perfect form of Christianity for Christianist nationalist politics,” because it establishes a theology around the settlement of America and the creation of the U.S. Constitution. Sullivan sees the potential in a Mormon president for a warped worldview based entirely on a theological understanding of America’s place in the world.

I raise this because such an understanding of America’s unique and divine status among nations has profound foreign policy implications. It means that America alone has divine permission to do what it wants in the wider world, that America is subject to different standards than everyone else (because we alone are divinely blessed), and that geopolitics is about the global supremacy of the modern world’s first divine nation (even if Iran and Israel might differ on which country is divinely blessed).

Sullivan writes that he would be more comfortable with a Mormon candidate that “adheres to a separation of church and state,” like former Utah Gov. Jon Huntsman or Sen. Harry Reid (D-NV). Romney, however, does not meet with Sullivan’s expectations of what a properly restrained Mormon leader should be.

Does Romney believe that America is uniquely divine among nations? How would that affect his decisions as president? Does he believe that the Constitution is also divine and a “necessary prologue” for the triumph of the LDS Church in America and across the world? Would he therefore appoint Justices who share that view? Or if the original Constitution is divine, and the Amendments are not, as Garry Wills asks, what status do the Amendments have in a Mormon president’s eyes?

Romney, who gave a controversial speech attempting to dispel misperceptions about his faith in 2007, has never given any indication that he views the U.S. as “subject to different standards than everyone else,” as Sullivan attests Mormons are prone to do.

“The consequence of our common humanity is our responsibility to one another, to our fellow Americans foremost, but also to every child of God,” reads a portion of the transcript from Romney’s “Faith in America” speech. “It is an obligation which is fulfilled by Americans every day, here and across the globe, without regard to creed or race or nationality.”

“America took nothing from that Century’s terrible wars –- no land from Germany or Japan or Korea; no treasure; no oath of fealty,” Romney continued. “America’s resolve in the defense of liberty has been tested time and again. It has not been found wanting, nor must it ever be. America must never falter in holding high the banner of freedom.”

Romney would be the first Mormon president. John F. Kennedy, the last president to break such a religious barrier, spent much of the 1960 campaign attempting to dispel notions among voters that he would be more beholden to Rome and the Holy See than to the American people as a Catholic.

Sullivan, a Catholic himself, recently wrote a glowing review of Kennedy’s interpretation of faith and politics when he came under attack from former Pennsylvania Sen. Rick Santorum. Sullivan astutely dismantled Santorum’s deeply troubling review of Kennedy’s similarly famous speech on his religion to a nervous electorate.

Kennedy was a Catholic of another era, unafraid of modernity, interested in other paths to God, publicly humble and cheerful, privately devout and deeply connected to others of all faiths and none. Santorum is of a different kind: authoritarian, deeply suspicious of freedom when it leads to disobedience of the Papacy’s diktats, and publicly embracing a religious identity as his core political one.

Sullivan continued to praise Kennedy’s secular understanding of how faith influences his views on policy:

Kennedy’s conscience was informed by his faith; how could it not be? But what Kennedy asserted was that his public pronouncements would be defended by non-sectarian reason, devoid of explicit religious content. Moral content – yes. Religious content – no.

Sullivan is spot-on here, but this piece sounds an odd note of dissonance when it is compared to his post on Mormonism from today. Romney has given no indication that his faith has influenced his policy proscriptions relating to domestic or international issues.

Of course, Sullivan’s political leanings are revealed later in his post on Santorum. Sullivan concludes in that post that his opposition to the former Pennsylvania senator, and Gov. Romney for that matter, are based—at least in part—on his personal politics and not solely on their interpretation of religion and government.

For now we can see in plain view the religious fanaticism that has destroyed one of the major parties in this country, a destruction that is perilous for any workable politics. It must be defeated – and not by electing a plastic liar and panderer like Romney. But by nominating Santorum and defeating him by such a margin that this theo-political Frankenstein, which threatens both genuine faith and civil politics, is dispatched once and for all.

Sullivan is often clever and insightful. His post on Mormonism, however, lacks the measured forethought that characterized his post on Santorum’s attack on Kennedy. Unless there is a clarification forthcoming, it is hard not to view Sullivan’s post as an indication that he views certain religions as inherently more compatible with the American tradition of secular governance than others.