Scaramucci Went OFF on Bannon and ‘F*cking Paranoid Schizophrenic’ Priebus 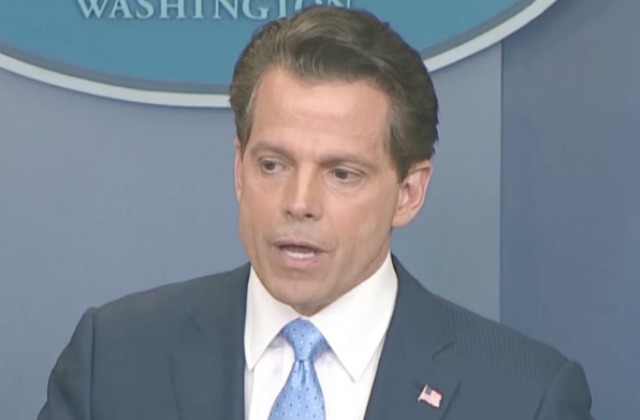 “They’ll all be fired by me,” he said. “I fired one guy the other day. I have three to four people I’ll fire tomorrow. I’ll get to the person who leaked that to you. Reince Priebus—if you want to leak something—he’ll be asked to resign very shortly.” The issue, he said, was that he believed Priebus had been worried about the dinner because he hadn’t been invited. “Reince is a fucking paranoid schizophrenic, a paranoiac,” Scaramucci said. He channelled Priebus as he spoke: “ ‘Oh, Bill Shine is coming in. Let me leak the fucking thing and see if I can cock-block these people the way I cock-blocked Scaramucci for six months.’ ” (Priebus did not respond to a request for comment.)

Scaramucci also told me that, unlike other senior officials, he had no interest in media attention. “I’m not Steve Bannon, I’m not trying to suck my own cock,” he said, speaking of Trump’s chief strategist. “I’m not trying to build my own brand off the fucking strength of the President. I’m here to serve the country.” (Bannon declined to comment.)

It turns out Scaramucci contacted Lizza after the latter had tweeted this:

Senior White House official tells me that Melania was also at the dinner tonight with Trump, Hannity, Shine, and Scaramucci.

Scaramucci made it clear to Lizza he’s serious about cracking down on leaks, saying at one point, “What I want to do is I want to fucking kill all the leakers and I want to get the President’s agenda on track so we can succeed for the American people.”

And he went on to say this:

He cryptically suggested that he had more information about White House aides. “O.K., the Mooch showed up a week ago,” he said. “This is going to get cleaned up very shortly, O.K.? Because I nailed these guys. I’ve got digital fingerprints on everything they’ve done through the F.B.I. and the fucking Department of Justice.”

“Well, the felony, they’re gonna get prosecuted, probably, for the felony.” He added, “The lie detector starts—” but then he changed the subject and returned to what he thought was the illegal leak of his financial-disclosure forms. I asked if the President knew all of this.

“Well, he doesn’t know the extent of all that, he knows about some of that, but he’ll know about the rest of it first thing tomorrow morning when I see h

“I fired one guy the other day,” he also said at one point. “I have three to four people I’ll fire tomorrow. I’ll get to the person who leaked that to you. Reince Priebus—if you want to leak something—he’ll be asked to resign very shortly.”im.”

You can read the whole thing from Lizza here.